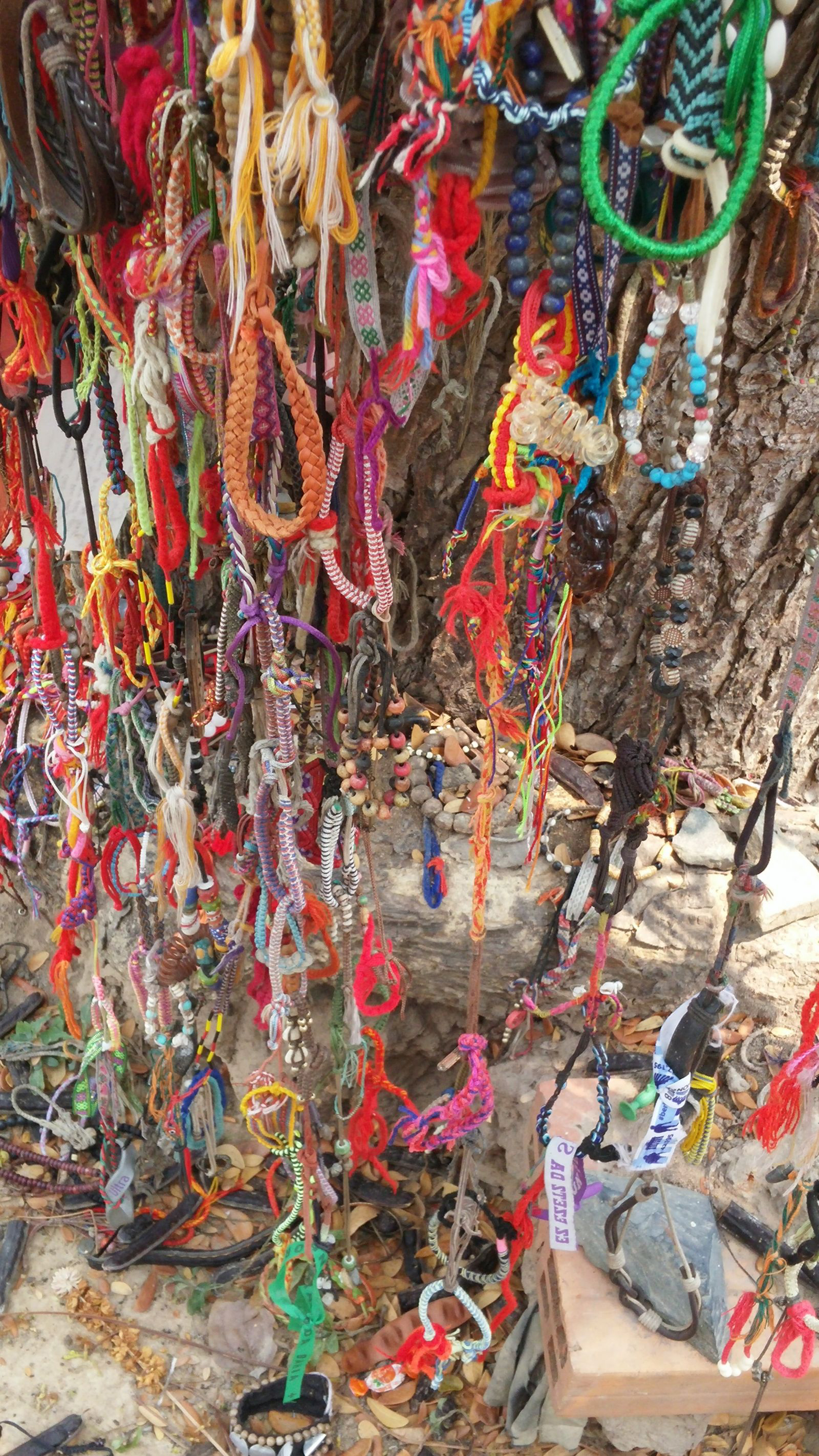 Bracelets and offerings in a haunted place, the ‘killing tree’ at the Choeung Ek Genocidal Center, Cambodia.

Ghosts are everywhere, sociologists Alejandro Baer and Natan Sznaider argue in Memory and forgetting in the post-Holocaust era (2016). Their appearance in books, films, memorial sites, and political discourses underlines our need for imagination when facing the consequences of large-scale violence. The talk explores the ways in which ghosts (specters, phantoms, spirits) manifest themselves in contemporary art in different war-shattered societies today. On the basis of a set of selected works (by Khvay Samnang, Hiwa K, Minouk Lim and Jamal Penjweny), it discusses how visual artists use the 'ghostly' to address the legacy of historical violence at the individual and collective level, the complexities of political transition and the structural effects of neoliberalism and extractivism on 'recovering' societies. Far from being nostalgic figures, ghosts in these works operate as shape-shifting mediations between questions of memory and forms of activism. As such, they open up new lines of inquiry into the temporalities, materialities and ideologies of 'post-conflict'. Building on the notion of 'spectro-aesthetics' (T.J. Demos, Return to the colony, 2013), this talk brings art into dialogue with peace and conflict studies and the emerging interdisciplinary field of spectrality studies. Moreover, it suggests that the notion of 'haunting' may become a means to rethink the relation of artistic practices, aesthetics and catastrophe beyond the Holocaust and in response to conflicts worldwide.

Stéphanie Benzaquen-Gautier (Art Histories Fellow 2018/19) is an art historian and associate researcher at the Centre for Historical Culture, Erasmus University Rotterdam. She received her PhD at the Erasmus University Rotterdam. She is currently working on her first monograph Beyond skulls: Western visual culture and the memory of the Cambodian Genocide. She also works as curator and has organized exhibitions in several countries, including France, Germany, Israel, Lithuania, and Romania. She has conducted research as Fellow at the United States Holocaust Memorial Museum in Washington DC (2012), the Stone Summer Theory Institute at the School of the Art Institute in Chicago, Illinois (2010), and at the Theory Department at the Jan van Eyck Academie in the Netherlands (2005-2006). She has contributed to essays collections, exhibition catalogs, and journals such as Dapim: Studies on the Holocaust, Mémoires en Jeu, Cinéma & Cie, Journal of Perpetrator Research, Kunstlicht, and Media, Culture & Society.