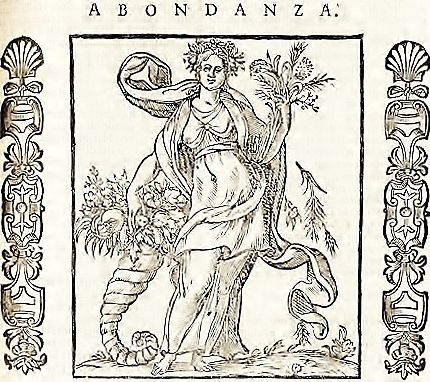 We are living in an era of unprecedented information overload. This is one of the most common clichés defining the early 21st century, both in academic circles and in general public imagery. And, as clichés often do, this one encapsulates some elements of truth. The Internet era is indeed, quantitatively at least, the scene of the most formidable multiplication of readily available information of any kind humanity has ever experienced. A considerable portion of this information comes in visual form: we have more and more images and diagrams of all kinds of things at our disposal, and we often wish – this is perhaps a broader anthropological phenomenon – to give visual figure to information that is not quintessentially meant to address the eyes.

The "unprecedented" nature of our contemporary overload may be less clear than we tend to think, however. Some periods in the past were confronted with a similar cultural situation, considering both the objective growth in available information and the subjective impression of living in an era of unprecedented epistemological saturation. An emblematic moment of this kind was the sixteenth and seventeenth century in Europe, the two centuries that led up to, and witnessed, the now often contested "Scientific Revolution", a period characterised also by geographical expansion and aesthetic subversion. Then, as now, optimism about the prospects of knowledge was inextricably mingled with fears of having "too much to know," to borrow the title of Ann Blair's seminal monograph – and of the impossibility of selecting, organizing, and finally making sense of the ever increasing amount of information facing our early modern predecessors. Then, as now, artists and scholars were at the forefront of the struggle to digest and discipline knowledge – or, conversely, to denounce its overabundance and express our human failure to meaningfully organize what we know. Then, as now, they also unwittingly contributed to the very copia that they so frequently bemoaned.

Indeed, epistemic abundance is a constant challenge to those people whose function in society is to represent different facets of reality. Arguably the two most prominent professions regularly producing visual representations of the world – be they all-embracing or specific, systematic or seemingly random – are those of scientists and visual artists. In their professional universes practitioners of science and of art try – and have tried in the past – to give form and order to the epistemological saturation around them. Or they strive, on the contrary, to represent precisely the irrepresentability of a multifaceted and seemingly inexhaustible reality. At the same time, we should not conceive of artists and scientists as purely reactive vis-à-vis the multiplication of available knowledge but, rather, consider their role also in bringing it about in the first place.

Some of the different strategies conceived for the visual representation (or denunciation) of information overload, as well as the sometimes unintentional creation of even more information along the way, have already been addressed in the first conference in Montreal, and will now be analysed more deeply in the second workshop at the Kunsthistorisches Institut in Florenz - Max-Planck-Institut, where historians, art historians, historians of science and of ideas will discuss together this issue that is of great topicality in our contemporary world.