Natalia Goncharova.
A Woman of the Avant-garde with Gauguin, Matisse and Picasso

Palazzo Strozzi celebrates Natalia Goncharova, a leading female artist of the 20th century, in a major retrospective. The exhibition will explore her unconventional life and career, presenting her rich and multifaceted artistic output with masterpieces from major international collections by celebrated artists including Gauguin, Matisse, Picasso, Balla and Boccioni.

Taking visitors on a journey from the Russian countryside to Moscow and Paris, the exhibition features 130 artworks and gives an account of the unorthodox life of a woman who lived for her art and successfully forged her own unique fusion of tradition and innovation, of East and West, making her own work a unique example of experimentation with artistic genres and styles ranging from New-Primitivism to Rayonisme, painting and graphic art to her work for the theatre.

Palazzo Strozzi and Kunsthistorisches Institut in Florenz - Max-Planck-Institut collaborated in the creation of the videos, which were curated by Federica Rossi, shown in the exhibition. The videos evoke the atmosphere of the Natalia Goncharova’s Russia and present her work with Serge Diaghilev, the ballet impresario and founder of Ballets Russes (the enterprise that made Russian ballet world-famous).

To create the three videos Natalia’s Russia, Natalia and the Ballets Russes, and The orthodox religion at the turn of the 19th century (video montage by Francesco Faralli), archive materials dating from the first part of the 20th century, from French, Russian and Australian institutions and private archives were used.

Film sequences, extracts from Soviet famous films such as The Old and the New (by Sergei Eisenstein and Grigorij Aleksandrov, 1929) and Women of Ryazan (by Olga Preobrazhenskaya and Ivan Pravov, 1927), are also on display.

Natalia Goncharova. A Woman of the Avant-garde with Gauguin, Matisse and Picasso 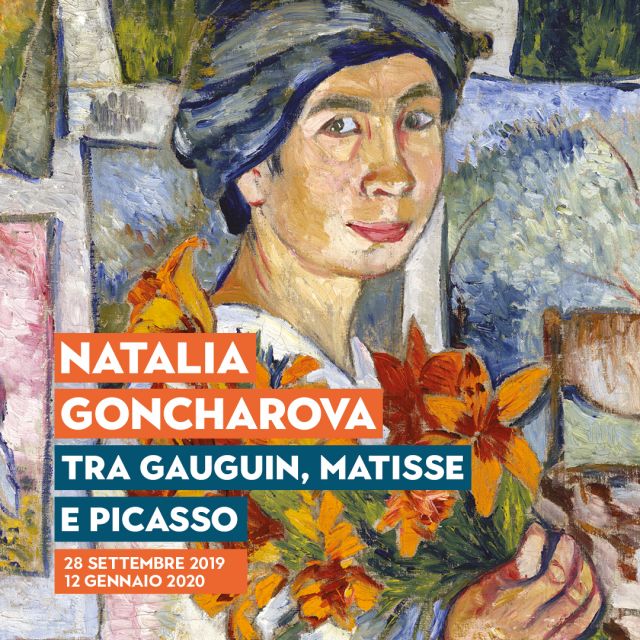