Zainab Bahrani: Why monuments are good to think with: Codex Hammurabi and the Material Manifestation of the Law

organized by the Minerva Research Group "The Nomos of Images. Manifestation and Iconology of Law" 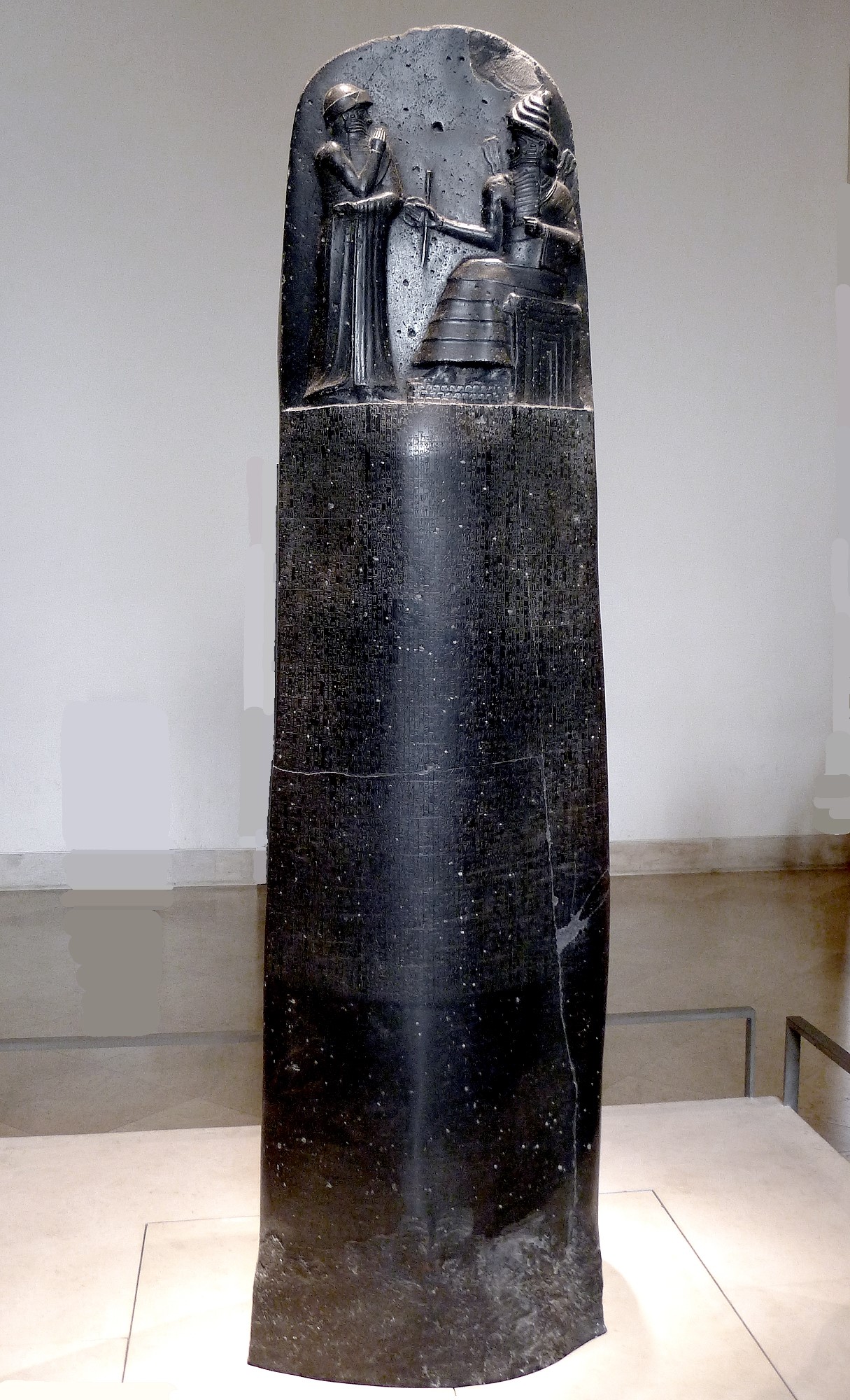 This paper considers the formation of the law as monument in ancient Babylonia. It argues that beyond its iconography of justice bestowed by the gods and its textual listing of specific cases of laws, the Stele of Hammurabi enacted a material promulgation of law as decree and formulation of conceptual juridical thought by means of its stone presence as a public monument. While previous studies of the Codex Hammurabi, perhaps the most famous of Babylonian artefact, have focused on the iconic visual image on the one hand or the long text on the other considering the stele upon which they are placed as a secondary medium that simply transports meaning, Zainab Bahrani's work has maintained that the basalt monument is central to the significance of the notion of jurisprudence as it was first developed in ancient Babylonia.

Zainab Bahrani is the Edith Porada Professor of Art History and Archaeology at Columbia University in New York. She is the author of several books, including Women of Babylon (London: Routledge, 2001), The Graven Image (Philadelphia: University of Pennsylvania Press, 2003) and Rituals of War (New York: Zone Books, 2008), which won the American Historical Association's James Henry Breasted Prize. Her book, The Infinite Image: Art, Time and the Aesthetic Dimension in Antiquity (Reaktion Books/University of Chicago Press, 2014) won the Lionel Trilling Prize in 2015. In 2017 she published Art of Mesopotamia (London: Thames and Hudson Press) and translated into Italian as La Mesopotamia: arte e architettura (Einaudi, 2018). She is also the editor and co-author of several other books, and has written volumes to accompany exhibitions that she has also curated. Notable among her exhibitions are Scramble for the Past: A Story of Archaeology in the Ottoman Empire (Istanbul, 2011) and Modernism and Iraq (New York, 2009).

Professor Bahrani was born in Baghdad Iraq, and educated in Europe and the United States. She received her MA and Ph.D. degrees in Art History and Archaeology from the Institute of Fine Arts, New York University. She has taught at the University of Vienna in Austria, and The State University of New York, at Stony Brook, and was a curator at the department of Ancient Near Eastern Art at the Metropolitan Museum of Art for several years before joining the faculty of Columbia University. She is the recipient of numerous fellowships and awards for her research including grants from the Getty Foundation, the Mellon Foundation, and a 2003 Guggenheim award. She was elected to the Slade Professorship in the Fine Arts at the University of Oxford in 2010.

Professor Bahrani writes on topics ranging from ancient ancient art and archaeology of the Near East and the Mediterranean world to contemporary art and Modernism in the Middle East and supervises PhDs in these fields. She  has also written extensively on the destruction of the cultural heritage of Iraq and Syria since 2003 in publications such as The Nation, The Guardian, The Wall Street Journal, and the New York Times. She has conducted archaeological fieldwork in Iraq, Syria and Turkey and currently directs the Columbia University field project, Mapping Mesopotamian Monuments.

The Nomos of Images. Manifestation and Iconology of Law