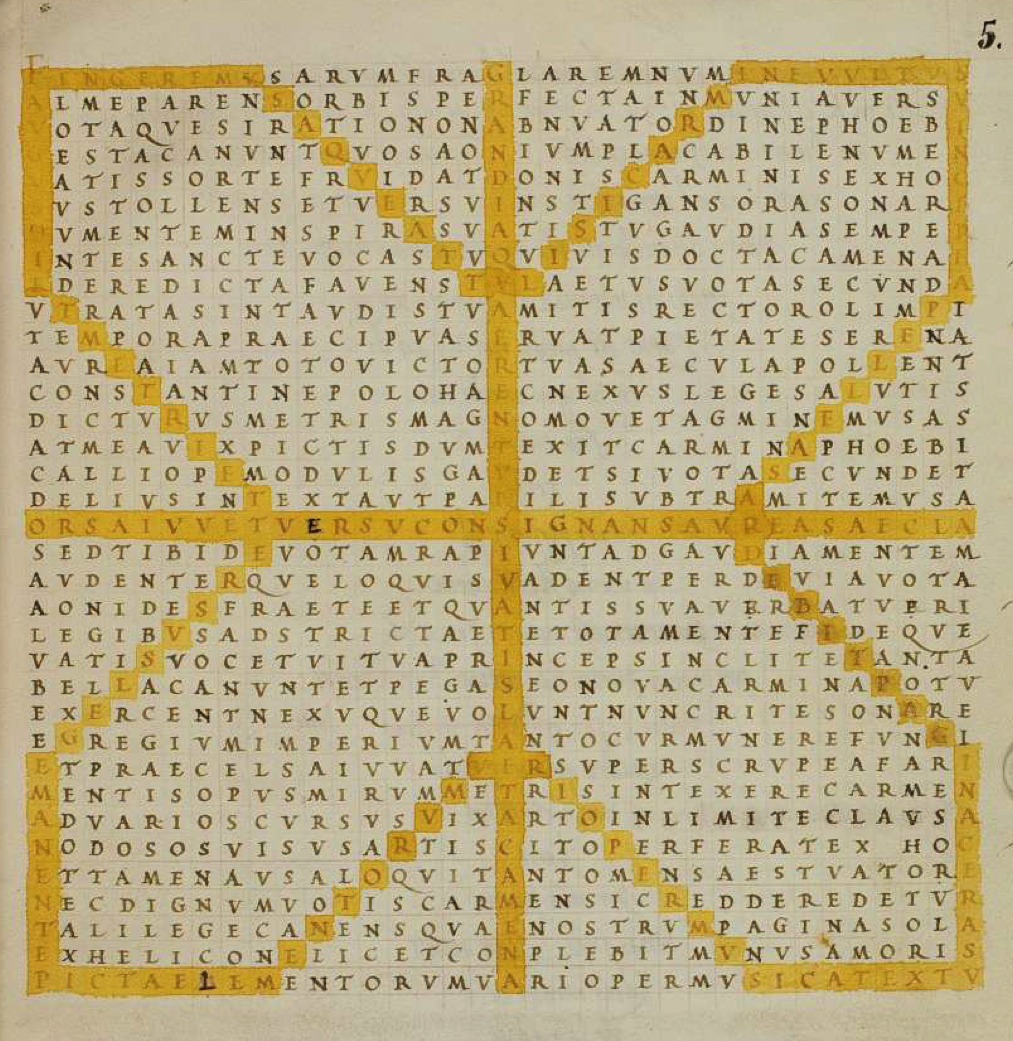 This lecture takes its lead from research into the 'language' of Roman portraiture. More specifically, it explores a work that literalises the idea of 'reading' a Roman portrait (to quote Sheldon Nodelman's phrase): a picture-poem by Publilius Optatianus Porfyrius —active in the first decades of the fourth century AD — that purports, through its iconotextual form, to visualise the countenance of the emperor Constantine (uultus Augusti). After a brief introduction to Optatian and his œuvre, the seminar offers a close reading of his third poem, demonstrating the sophisticated ways in which it probes the latent iconic potential of written script. What particularly interests me about this case study is its underlying paradox: on the one hand, Optatian boasts that his painted page will outstrip antiquity's most celebrated painter (it 'will dare outdo the waxes of Apelles': uincere Apelleas audebit pagina ceras); on the other, the actual form of the picture seems to eschew mimetic modes of representation, rendering Constantine's 'portrait' a geometric pattern. So how should we make sense of this image? What does the poem reveal about ideas of portraiture in the fourth century? And how might we contextualize Optatian's abiding fascination with the limits of 'seeing' and 'reading'?

Michael Squire is Reader in Classics and Art History at King's College London; he has held fellowships at Cambridge, Cologne, Harvard, Munich, Stanford, the Max-Planck Institut für Wissenschaftsgeschicthe and Wissenschaftskolleg zu Berlin. His books include Panorama of the Classical World (2004, with Nigel Spivey); Image and Text in Graeco-Roman Antiquity (2009); The Art of the Body: Antiquity and its Legacy (2011); and The Iliad in a Nutshell: Visualizing Epic on the Tabulae Iliacae (2011). Recent edited volumes have explored the sense of sight (2016), ancient framing devices (2017, with Verity Platt), the picture-poetry of Optatian (2017, with Johannes Wienand), Lessing's Laocoon (2017, with Avi Lifschitz), Hegelian aesthetics (2018, with Paul Kottman), 'ornament and figure' (2018, with Nikolaus Dietrich) and 'embodied objects' (2018, with Milette Gaifman and Verity Platt). He is currently leading a project on 'Modern Classicisms' (www.modernclassicisms.com), and has curated the current exhibition in London (Bush House and Somerset House), dedicated to The Classical Now.