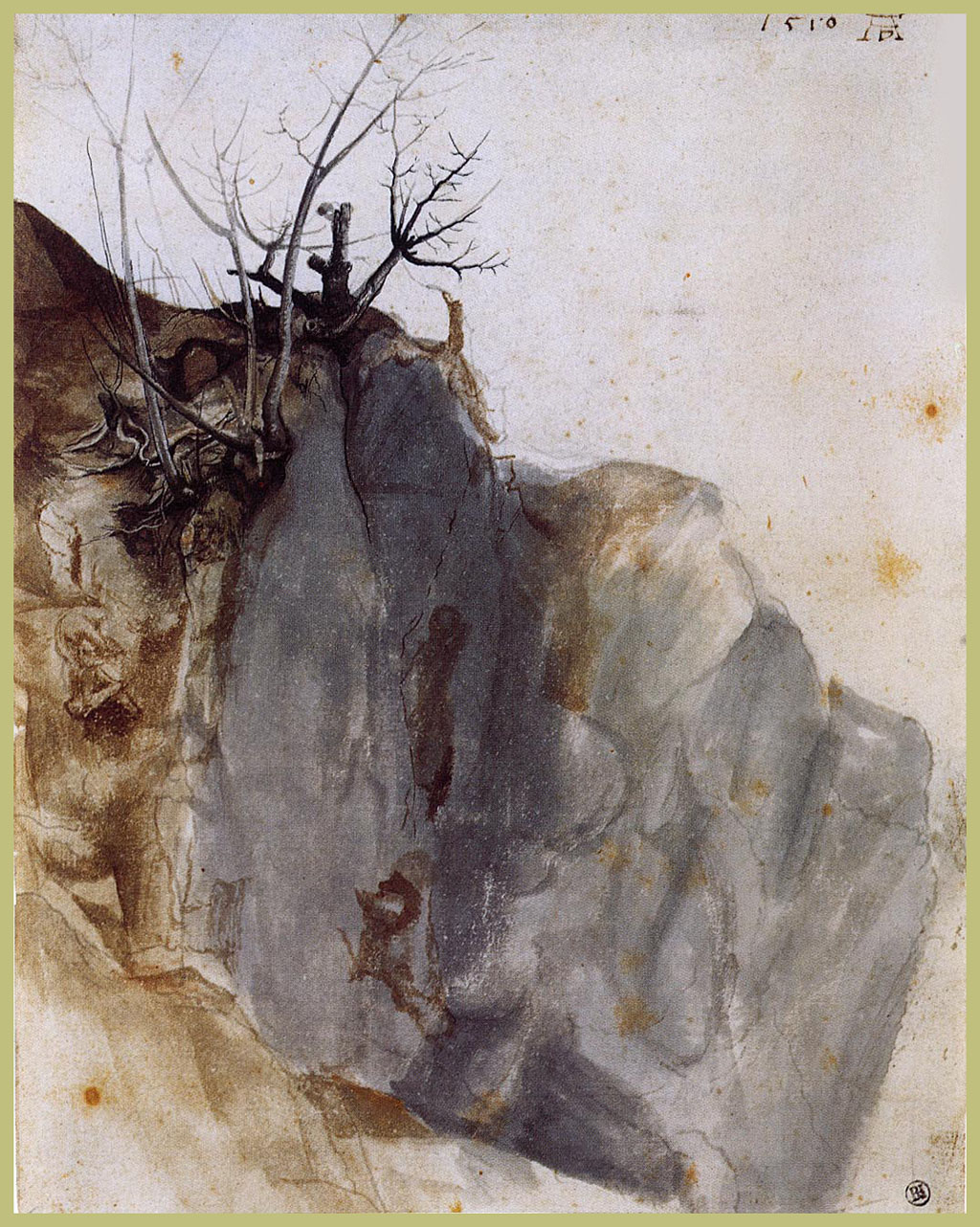 Although Albrecht Dürer's images of earths real and imagined—mountain, cliffs, watery gorges, ravines, and quarries—have long fascinated scholars, a vast literature has left unnoticed the fact that Dürer's own anguished theory resided in the idea of art as extraction: "For truly art is implanted in nature, and if you can draw it out then it will be yours" (Dan warhaftige steckt dy kunst jn der natur. We sy raws kan reissen, der hat sÿ). Dürer's Neoplatonic terms seem to frame an inchoately transalpine conceptualization of noble art ad vivum. But Dürer's verb reissen also yokes the image of drawing-out to a gesture—a conditionally-tensed one—of geological violence, of rocky difficulty. Art-making, particularly that as rehearsed in some of Durer's least-known landscape watercolors of the 1490s, indeed pictures itself as a kind of mining. Less humanist exhumation (and elevation) of the buried and neglected, its material gesture towards its "sources" seems perhaps larceny, work, theft, even madness.

Christopher P. Heuer is Professor of Art History at the University of Rochester, where he teaches in the Graduate Program in Visual Culture. He is author of The City Rehearsed (Oxford, 2008), and co-author of Vision and Communism (New York, 2011), and Ecologies, Agents, Terrains (New Haven, 2018). Heuer was a Fulbright Scholar, a Samuel H. Kress Fellow at the Kunsthistorisch Instituut of the Rijksuniversiteit Leiden, a Getty Fellow, and a Gerda Henkel-Stiftung Fellow at the Humboldt-Universität zu Berlin (2009). In 2014–2015 he was Samuel H. Kress Senior Fellow at the Center for Advanced Study in the Visual Arts, Washington DC, and in 2018 Heuer was an invited scholar at Wolfson College, University of Cambridge. The same year he was appointed the Bernard Berenson Fellow at Harvard University's I Tatti in Florence. His two most recent books are: Into the White (2019), and Andrea Büttner: Libri Vargatorum (2020).