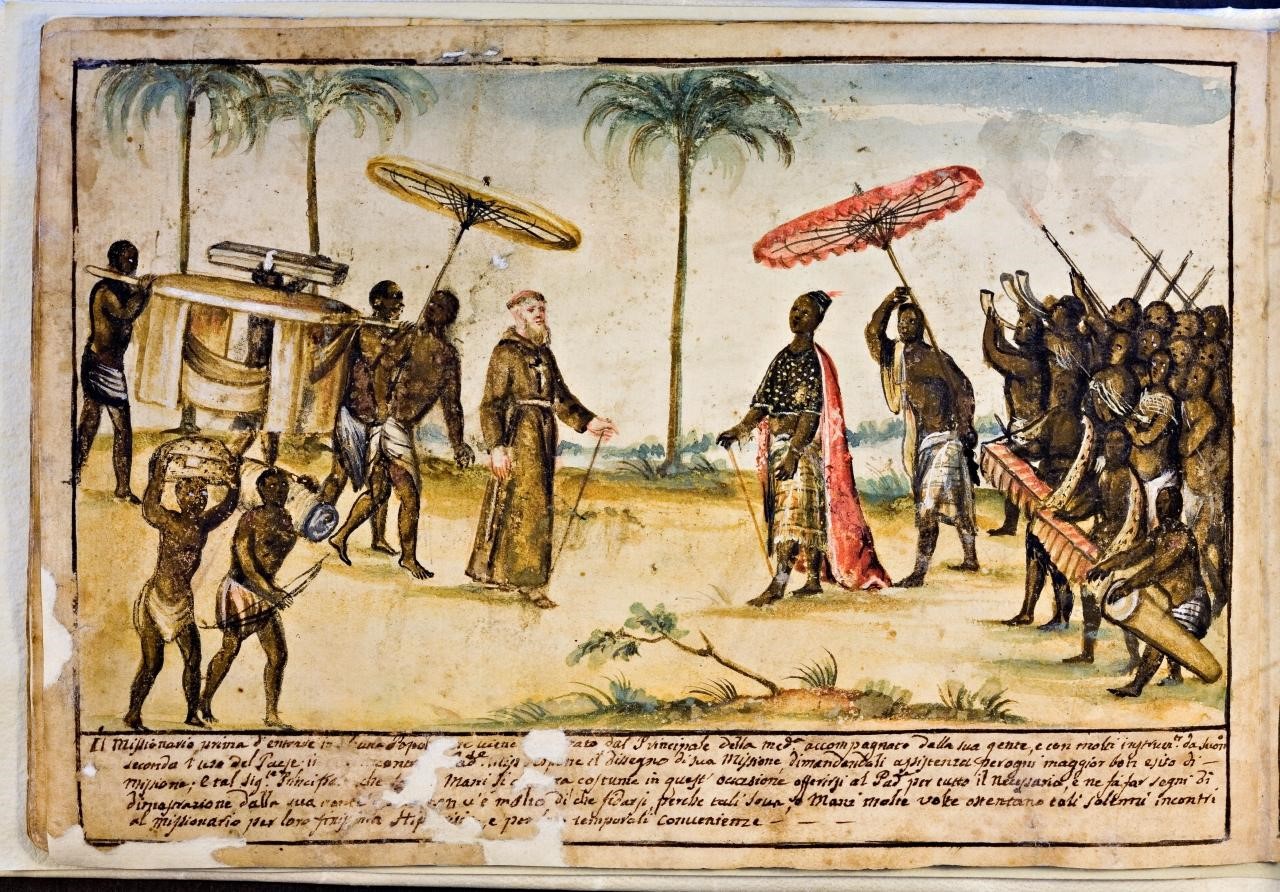 Early modern central Africa comes to life in the vivid full-page paintings Italian Capuchin Franciscans, veterans of the Kongo and Angola missions, composed between 1650 and 1750 for the training of future missionaries. Their 'practical guides' present the intricacies of the natural, social, and religious environment of seventeenth- and eighteenth-century west-central Africa and outline the primarily visual catechization methods they devised for the region. Unfolding outside of a European colonial project, at the demand of local rulers, and among populations who had engaged with the visual and material culture of Europe and Christianity for more than one hundred and fifty years, the Capuchin central African apostolate is without parallel in the early modern world. Equally unique are the images that emerged in the friars' sustained and fraught interactions with the men and women of Kongo and Angola. In this talk, I analyze this overlooked visual corpus to demonstrate how such visual creations, though European in form and craftsmanship, did not emerge from a single perspective, but rather were and should be read as the products of cross-cultural interaction. With this intervention, I aim to model a way to think anew about images created at the crux of cultures, bringing to the fore the formative role that encounter itself played in their conception, execution, and modes of operation.

Cécile Fromont is an associate professor in the History of Art department at Yale University. Her writing and teaching focus on the visual, material, and religious culture of Africa and Latin America with a special emphasis on the early modern period (ca. 1500–1800) and on the Portuguese-speaking Atlantic World. She is the author of the multiple award-winning The Art of Conversion: Christian Visual Culture in the Kingdom of Kongo (2014; French translation 2018) and the editor as well as a contributor to the 2019 volume Afro-Catholic Festivals in the Americas: Performance, Representation, and the Making of Black Atlantic Tradition. Her essays on African and Latin American visual and material culture have appeared, among other venues, in the Colonial Latin American Review, African Arts, Art History, Anais do Museu Paulista, the Journal of the American Academy of Religion, RES: Anthropology and Aesthetics, as well as various edited volumes and exhibition catalogues.