Christiane Gruber: Like Hearts of Birds: Ottoman Microarchitecture and the Avian Turn 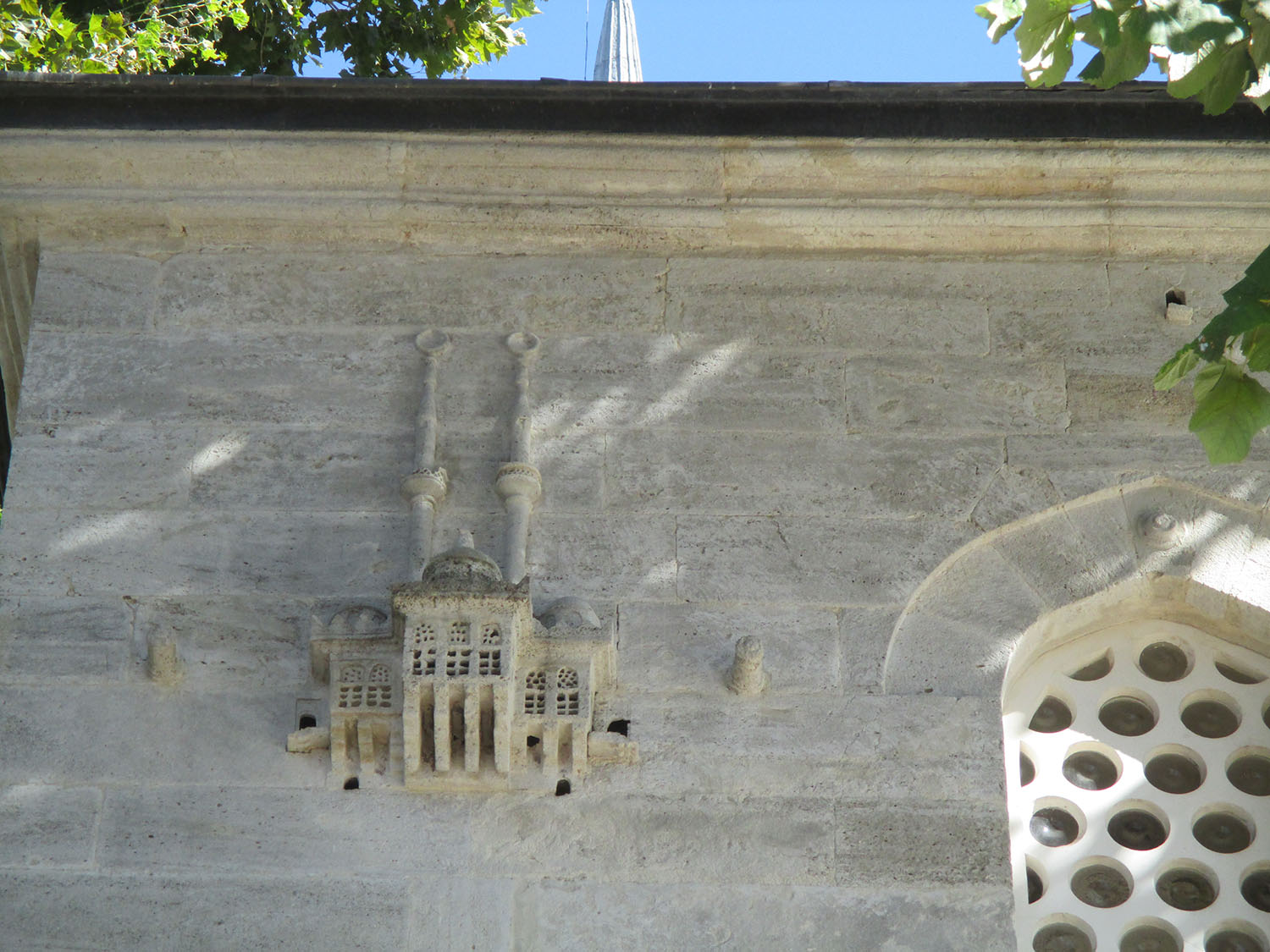 In Istanbul and further afield, Ottoman mosques and other structures have been chirping ever since the sixteenth century. Their stone walls emit the rustle, call, and song of the birds that perch on their domes, sit on their ledges, and take up residence in Lilliputian edifices whose forms mimic the built environment of the humans ambling below. These purpose-built microarchitectural domiciles—known in Turkish as "bird houses" (kuş evleri) and "bird palaces" (kuş sarayları)—were a staple of eighteenth-century mosque construction in particular. Their undulating architectonic forms and exuberant sculptural styles place them squarely within the Ottoman Baroque, a "new style" (nev-i cedid) that playfully combines both local and global architectural traditions and the natural environment itself. The terms of reference, however, do not halt there. The bird houses transcend both model and miniature, man and nature, to act as fantastical structures whose major metaphor is the avian world. Indeed, often affixed to the qibla walls of mosques—which direct devotees towards prayer and thus salvation—these small but impressive structures give form to the famous Hadith (Saying) of the Prophet Muhammad: "There would enter Paradise people whose hearts would be like those of the hearts of birds." Flying high and packed with the promise of enduring life, these soaring pavilions attest to the power of faunal provision and metaphor, of an avian turn in architecture whose lessons seem ever more urgent as bird populations collapse across the world today.

Christiane Gruber is Professor and Chair in the History of Art Department at the University of Michigan, Ann Arbor; President-Elect of the Historians of Islamic Art Association; and Founding Director of Khamseen: Islamic Art History Online (https://sites.lsa.umich.edu/khamseen/). Her fields of interest include Islamic ascension texts and images, depictions of the Prophet Muhammad, books arts, codicology, and paleography, architecture, and visual and material culture from the medieval period to today. Her most recent publications include her third monograph The Praiseworthy One: The Prophet Muhammad in Islamic Texts and Images and her edited volume The Image Debate: Figural Representation in Islam and Across the World, both published in 2019.