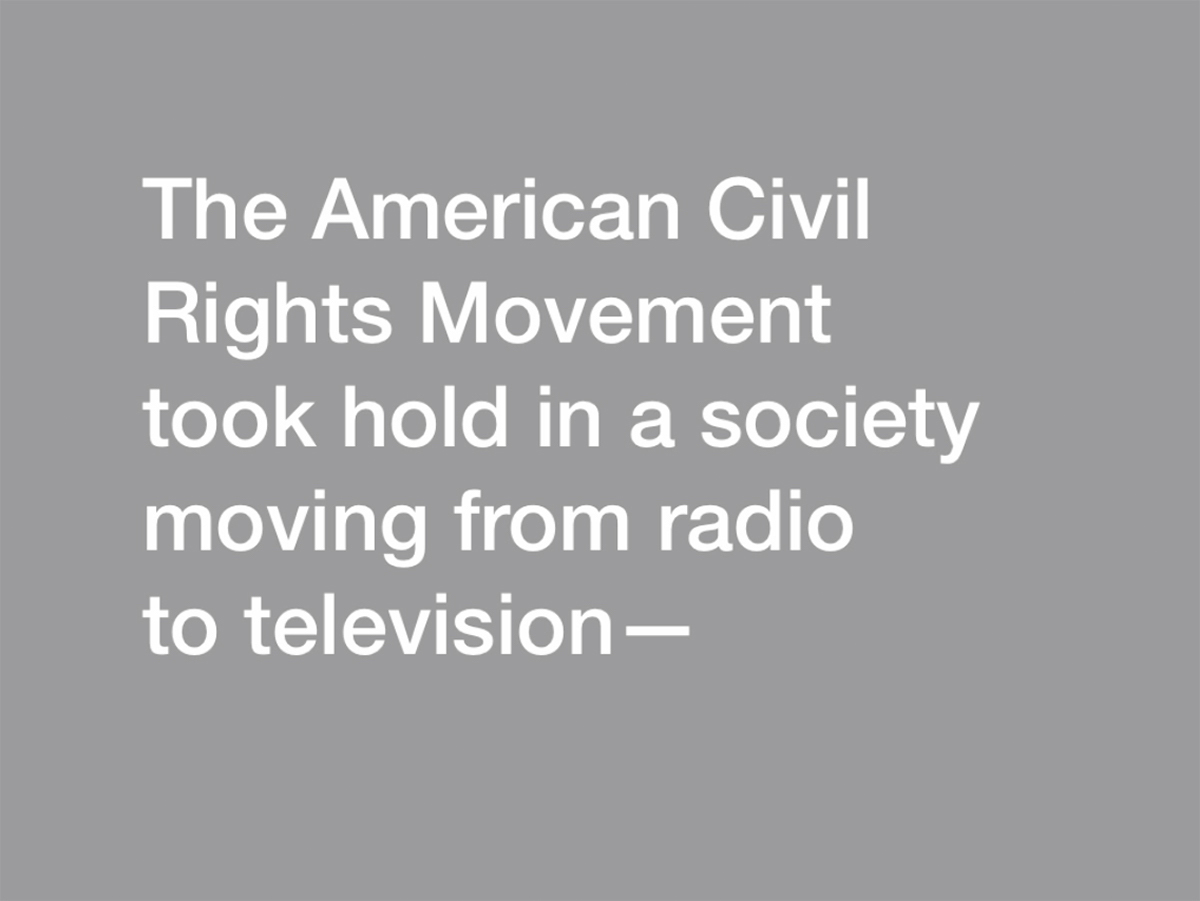 The Evil series (2001 — present) by Tony Cokes questions the return of the concept of evil to contemporary discourse. Based on a large collection of journalistic and theoretical texts he reflects on both visual and verbal rhetorics through a critical reframing of text and images, reading material that has largely remained "hidden in plain sight".

The Evil series highlights how politics render certain events visible or non-visible, and certain voices loud or silent. Evil.27: Selma (2011) opens with a quote from Morrissey's "Sister I'm a Poet" asking, "Is evil something you are, or something you do?"

Cokes multimedia installations use collages of pop music, critical theory and archival film footage as a vehicle for words, questioning the hazards of legibility and the relationship between sonic and visual representation: "Reading a text produced by art history/theory collective Our Literal Speed that considers events in the civil rights movement in terms of their conceptual, visual, media, and performative strategies both concretized and enabled aspects of my thinking on these topics."

He asks how our modes of political and civic articulation are guided and shaped by image circulation: "Questioning whether visual evidence is always required to initiate social change, for example, was very provocative. Under the rubric of "non-visibility" I wanted to embrace the text's call to rethink social movements in tandem with shifts in media forms (the movement from radio to television) as potentially reflecting a change in conditions of possibility or imaginative horizon for political action."