Nachiket Chanchani: Picture Recitation and the Remaking of Western India 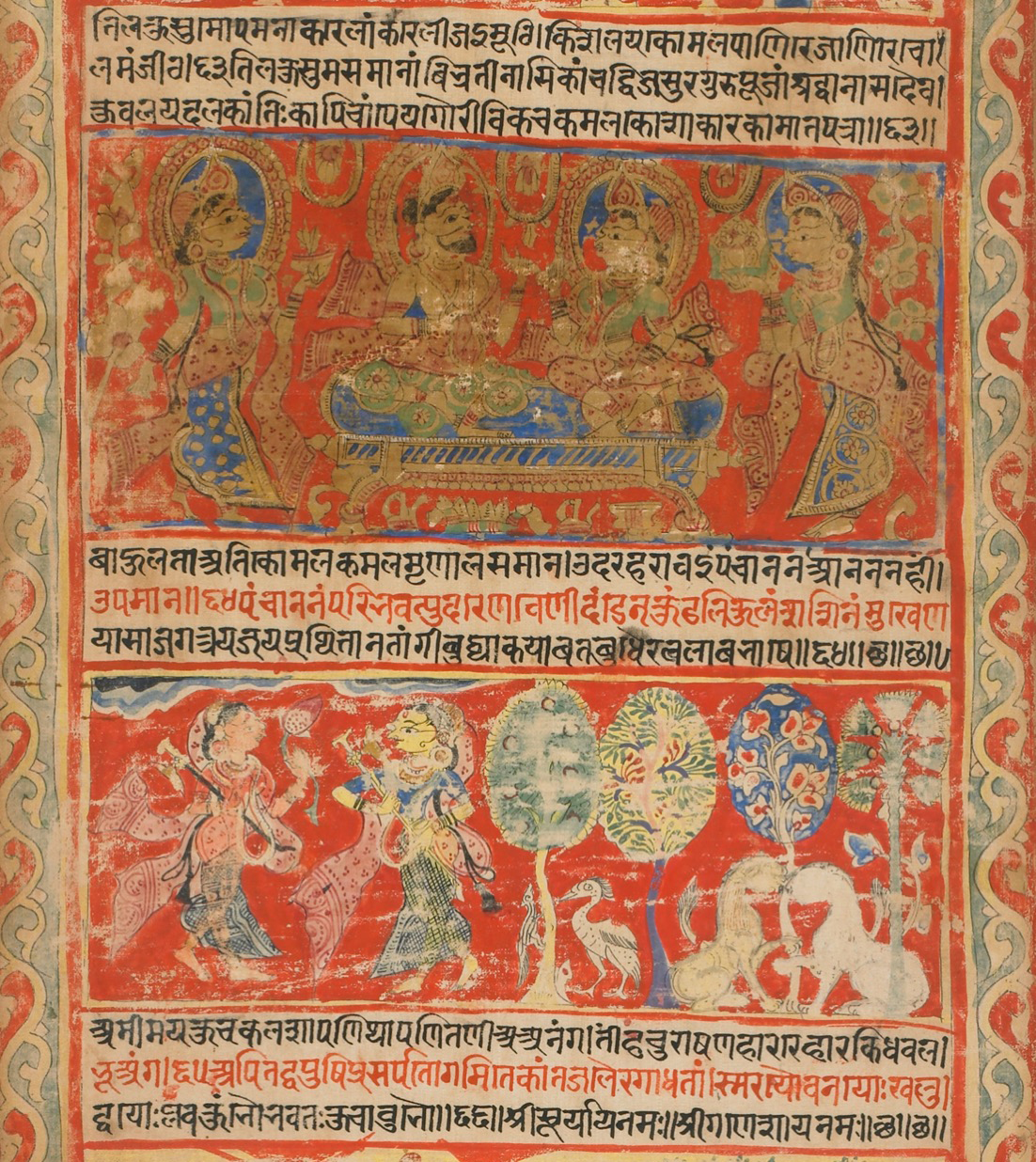 Chanchanis talk will bring together the disciplines of art history and philology through a pointed discussion of a single scroll prepared in 1451 in the Sultanate city of Ahmedabad in Gujarat in Western India. The text of this sumptuous scroll, which is eleven meters long when unrolled, is of a poem entitled Vasanta Vilasa, or "Spring Diversions," accompanied with a set of paintings. Or, perhaps, one might say that the paintings are accompanied by the text of the poem. Composed in three languages – two classical (Sanskrit and Prakrit) and one a peculiarly medieval one with a scant literature (Old Gujarati) – the Vasanta Vilasa has had a unique history as a material object. It is also a foundational literary and visual monument to the development of a local culture in early-modern Western India. I will especially focus on the interplay of a poly-linguistic literary text and visual imagery in a context of vernacularizing social, political, and aesthetic realities and suggest that the poem represents a newly burgeoning form of an accessible classical literacy for communities that hitherto functioned without it.

Nachiket Chanchani (Ph.D., University of Pennsylvania, 2012) is a tenured associate professor jointly appointed in the Department of the History of Art and in the Department of Asian Languages and Cultures at the University of Michigan, Ann Arbor. Concurrently, he is an adjunct professor at the Law School at the University of Michigan and a consulting curator at the Detroit Institute of Arts. In Spring 2019, the University of Washington Press will publish his first monograph, Mountain Temples and Temple Mountains: Architecture, Religion, and Nature in the Central Himalayas. His other writings are appearing in Artibus Asiae, Archives of Asian Art, History of Photography, Ars Orientalis, Art in Translation, Arts Asiatiques, South Asian Studies, in edited books, and on The Hindu newspaper's editorial pages. Nachiket lectures widely. He has also been closely involved with projects at premier art museums, and has received fellowships from the Victoria and Albert Museum, Asian Cultural Council, Smithsonian Institution, and The Royal Netherlands Academy of Arts and Sciences.