On the occasion of the closing celebrations for the centenary of the first Futurist Manifesto, the library of the Kunsthistorisches Institut in Florenz unveiled, in February 2010, an ambitious project on Italian Futurism. The importance of Florence as a historic place for Italian Futurism, and the library’s outstanding collection of approximately 500 Futurist works and 40 newspapers from the first ‘heroic’ phase (1909 - 1916) and second phase (ca. 1918 - ca. 1940), gave reason to further investigate this multifaceted movement; to develop an online archive to make available different kinds of rare material which is usually restricted in the public libraries and collections where they are kept; and to provide public online access free of charge. The digital archive is conceived as a platform for a structured presentation of information and discussions related to Florentine and, in general, Italian Futurism.

The nucleus of the database is composed of the complete collection of the Florentine journal "L'Italia Futurista", published in 51 issues between 1916 and 1918. "L'Italia Futurista" represents the main forum of artists and writers connected to the so-called Second Florentine Futurism, and published articles by Filippo Tommaso Marinetti, the 'spiritus rector' and founder of the Futurist movement. The copies used for digitization are mostly preserved in the Biblioteca Marucelliana, which supports the project as a partner, and partly in the rare book collection of the library of the Kunsthistorisches Institut in Florenz. In order to illustrate the activities of the circle of artists, poets, and intellectuals who formed and strongly influenced the avant-garde movement in Florence, a selection of digital reproductions of significant documents – letters, books, photographs, libretti, drawings, audio (-visual) material etc. – will be included in the database. All of these documents will be connected by the attribution of keywords and enriched by further information, for example on people or places. An interactive map will allow users to follow and trace the activities of Florentine Futurists and will indicate the institutions in Florence still connected to Futurism. The database will provide research tools for names, locations, and titles of articles or keywords. The documents will also be arranged in 'portals' dedicated to predefined topics, which will enable the user find specific information on selected subjects, as, for example, on the English poet and artist Mina Loy, who frequented the group of young Florentine Futurists around the journal "Lacerba" during her stay in Florence. Subsequently, she was acclaimed as the ambassador of the Futurist movement in the United States, though her work is little known among Italian scholars.

The library of the Kunsthistorisches Institut in Florenz has also started to digitize systematically the Futurist books and catalogues preserved in its own rare book collection. In addition, the website will provide links to other digital archives with documents on Italian Futurism. The structure of the database and the homepage have been conceived in order to enable their future expansion. Alongside the Biblioteca Marucelliana, project partners include the Fondazione Primo Conti, the Gabinetto Scientifico letterario G.P. Vieusseux and the Fondazione Longhi in Florence, as well as Maestro Daniele Lombardi. The library of the Kunsthistorisches Institut is interested in involving other copartners in the project as well.

go to the database

Digital Archive on Futurism in Florence 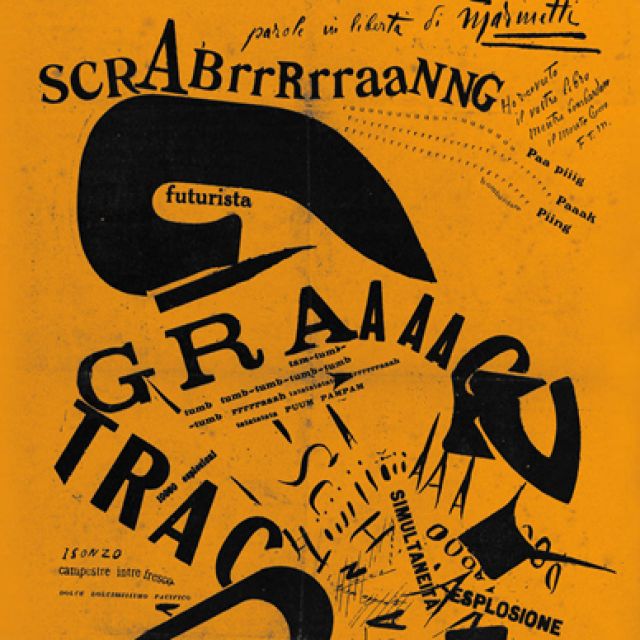