Objects of Migration, Photo-Objects of Art History: Encounters in an Archive

Guided tour of the installation by Massimo Ricciardo, curated by Costanza Caraffa and Almut Goldhahn

Installation by Massimo Ricciardo. Photo Library of the Kunsthistorisches Institut in Florenz, 13 October 2017

Objects of Escape - Inventories of Migration is a joint art project by Massimo Ricciardo and Thomas Kilpper. When refugee boats from Africa or the Middle East land on the European coast or when they need to be rescued on the high seas, many objects remain on the boats. These items have very different characteristics, ranging from everyday objects such as water bottles and mobile phones up to very personal things, such as photo albums and diaries. The project tries to collect these objects and to show them to the public. The unique objects are charged through the context and the place of their discovery: They have been silent witnesses of life-threatening crossings. The fact that only the most necessary things can be taken on to the cramped boats, made a decision and consideration preceding: "what to take", an imagination "what is to come?". For the refugees these particular objects were (or still are) of great importance to ensure their survival.

The recently initiated collection Objects of Escape - Inventories of Migration is to be seen as part of the contemporary cultural heritage. A present marked by a new dimension of globalized economy and elites but at the same time by the mass phenomenon of migration and escape. The phenomenon of migration is living within the collected objects - in their entirety they carry the treasure of an enormous will to survive. The project wants to secure this potential and make it visible. It wants to promote the development and cultural work with the collection in various directions: as open and available to the public as possible.

For the fourth time after October 2017, April 2018 and June 2018, Massimo Ricciardo will bring a selection of these objects, among them some photographs, to the Photothek of the Kunsthistorisches Institut in Florenz. In the spaces of the Photothek, the dialogue created between the objects of the migrant people and the structures and holdings of an art historical documentary photo archive continues.

The guided tour will be held in Italian, RSVP is required until 14 January 2020 at info@khi.fi.it.

Objects of Migration, Photo-Objects of Art History: Encounters in an Archive

Seeds for Future Memories. Voicing the two Ends of Migration.
A cooperation between the artist residencies of Thread in Sinthian, Senegal, and Villa Romana in Florence, Italy

Encounters: Handling, Placing and Looking at Photographs in Relation to Migration 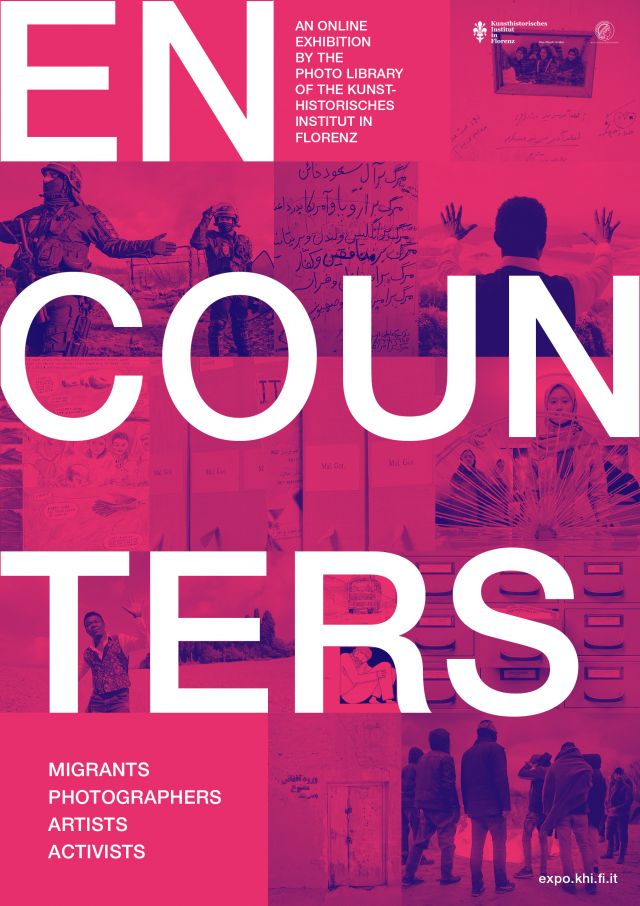