on the occasion of the Summer School "The City as Archive. Histories of Collecting and Archiving in and the Musealisation of Florence, Eighteenth Century to the Present"

Orhan Pamuk's Museum of Innocence, opened in Istanbul in 2012, has been presented as a challenge to the notion of grand narratives and national institutions. It works deliberately with the idea of the private, the small-scale, the idiosyncratic and the personal, suggesting an alternative mode of narrative-making. Individual memory appears not only laterally inscribed into the city, but is vital to the constitution of memory in and of the city. Drawing from an interpretation of this contemporary and very conceptual "house museum" as an "oneiric house" (Tonbul, Van Synghel 2017), this talk will follow the thread of Bachelard's "Poetics of Space" while looking at two examples of Florentine house museums of the 19th and 20th century: The Museo Stibbert and the Casa Rodolfo Siviero both present histories that are closely intertwined with the grand narrative of Florence. Yet their presence remains almost oblique, as if placed in the subconscious of the modern memory of the city.

Eva-Maria Troelenberg studied art history, history and communications at Ludwig Maximilian University of Munich and Venice International University. 2007: Research Assistant / Doctoral Candidate at the Kunsthistorisches Institut in Florenz – Max-Planck-Institut. 2007–2009: Postgraduate Fellow of the Friedrich Ebert Foundation. 2010: Completed dissertation on the Munich Exhibition of Masterpieces of Muhammadan Art (LMU Munich). 2010-2011: Postdoc Fellow of the project "Connecting Art Histories in the Museum. The Mediterranean and Asia 400-1650" (Kunsthistorisches Institut in Florenz in cooperation with the State Museums in Berlin / Museum of Islamic Art). Since September 2011: Head of the Max Planck Research Group "Objects in the Contact Zone: The cross-cultural Life of Things" at Kunsthistorisches Institut in Florenz. Teaching assignments at LMU Munich, University of Vienna and at the Cluster of Excellence "Asia and Europe in a Global Context", University of Heidelberg. Visiting professorships at University of Munich (2013, History of Islamic Arts) and Zürich University (2016/17, Modern and Contemporary Art History). 2017: Visiting Scholar at Global Asian Series (GLASS), Leiden University. Since March 2018 Chair for modern and contemporary art history, Utrecht University. 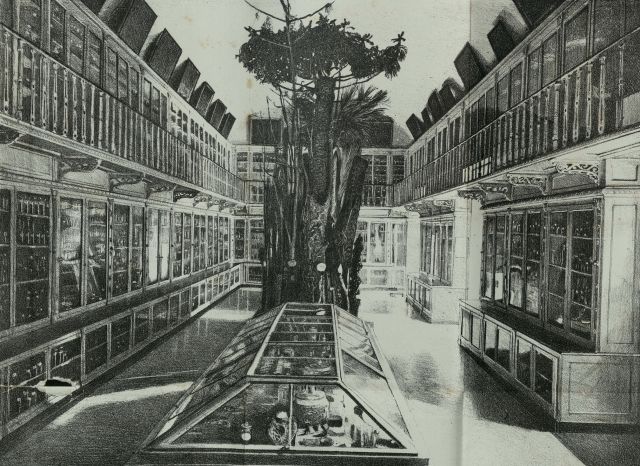