The Art of Containment 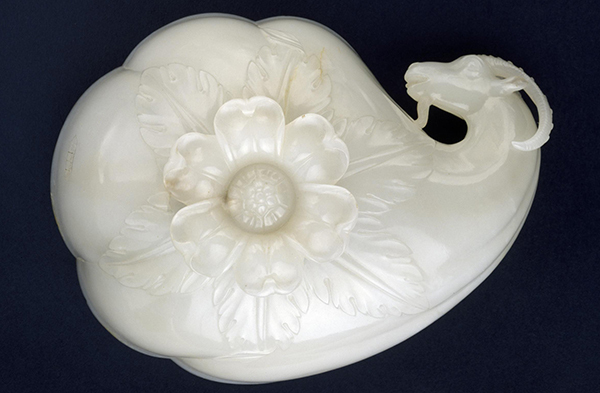 The Art of Containment is a recently started long-term collaborative research and exhibition project between the Kunsthistorisches Institut in Florenz and the Victoria and Albert Museum. It is concerned with all kinds of vessels and containers, their materiality, shape and decoration, their functions and agency, their biographies and itineraries. From the perspective of the Kunsthistorisches Institut in Florenz, the project is the next step in the research focus on concepts and theories, relations and constellations of image and object (Ding/Bild). The new concentration on vessels and boxes relates to their eminent role in space and thing theories, from Aristoteles’ definition of place as a tight case encapsulating an object to Heidegger’s use of jars as a paradigm for things. From an art-historical perspective it implies a critical reflection on the traditional division of art and crafts or the relationship between artworks, artifacts and material culture. No better partner could be imagined for the realizing of this project than the Victoria and Albert Museum with its history and collections, its curatorial expertise and its research focuses. Under these premises, Art of Containment is posing basic research questions in a series of workshops that will include art historians, anthropologists and historians of science.

Techniques, practices and aesthetics of containment are among the elementary interactions of humans and the environment, in the form of an interference in or interruption of flux and other natural processes. This can happen by means of gathering and collecting, by transport, storage and conservation, as well as by making or having available liquids or solids. Containment is thus one of the major conditions of the existence of »things«: containers or vessels are not only things themselves, they can guarantee a relative stability of their content over time and space. However, they can also be the site of metamorphoses or transubstantiation, as in the case of cooking pots.

Containers can be understood as shells, constituting an inside and an outside. There are semi-open vessels and mostly-closed boxes or soft containers such as bags and sacks. The latter are sometimes impermeable, hard containers in turn can be porous, breath or perspire. In all cases there are techniques of containing and concealing, loading and unloading, filling and emptying. There are manifold kinds of openings and closures, by means of locks, spouts and covers. Further there is a need to handle vessels, boxes and sacks, which thus requires handles, brackets, halters as well as gloves, cords and cranes, not to mention their use as spaces of storage, consumption or display (from the kitchen to the tomb). Finally, one could classify a building and even city walls as containers and temples and tabernacles enshrine relics or manifestations of the divine and ships are sometimes called vessels. How deeply the art of containment occupies and impresses itself upon the human imagination is revealed in mythologies and religious traditions, from Pandora’s box to the feast of Kumbh Mela (the Hindu great pitcher festival) at the Ganga or the cult of Osiris at Umm al Quaab (the Mother of Pots) in Abydos. In many cultures the world and cosmos are seen as containers, with seas and rivers contained in their basins; human or animal body can be understood as a »container« and it is in need of being contained and wrapped in the cradle, in houses and tents, in all kinds of cloths and vehicles, and finally in sarcophagi, caskets or urns. And there are fairy tales that not only recall the fragility of vessels and stories of broken vases, but also the danger or fear of a never-ending overflowing or boiling over pot.

Vessels and boxes in art history and related disciplines

The Art of Containment project is confronted with a potentially innumerable quantity of objects and phenomena, techniques and practices, arguments and theories. There is a rich specialized literature according to materials such as ceramics, glass, metalwork, porcelain and wood; in archaeological stratigraphies ceramics and their typologies play an important role. Well studied from various points of view are, for example, Greek and Chinese vases, Islamic ivory boxes or Western goldwork. However, in general the potential of the study of vessels and containers for a transcultural art history in dialogue with archaeology, anthropology and history of knowledge has until now hardly been considered. One primary interest of the project is the relationship between the shape of an object, its materiality and its interior or exterior decoration, for example animal-shaped vessels with a non-mimetic surface ornamentation, as well as the handles (in the aftermath of Georg Simmel’s brilliant essay) and spouts. Another related argument regards the intermedia and transmaterial dimensions, such as ceramic vessels that imitate bronze or the evocation of textile patterns on curved hard surfaces. The focus of the Art of Containment project will be hard as well as soft containers (with a focus on the former, beginning with vases and jars) and it will consider vocabularies and lexicography in a number of languages. The attractiveness of the objects to be examined for art histories today lies in the fact that they offer a continuity between material culture, artefact and/or artwork, thus allowing study of the interrelations of the latter within certain categories of things. If, for example, one looks to the values attributed to vessels by the market, one encounters a wide span, from a few cents for a plastic cup to 50 million euro for a Quin vase. From the earliest times up to the present, the dynamics of mass production, copying and repetition, experiments with materials, forms and ornaments and the creation of individual masterpieces find a rich playground in the arts of containment, including many objects with an aesthetic or representational status beyond the practice of containing. The project is concerned with the aesthetics and poetics of containment in relation to function, transcultural agency and the biographies of »containers« as well as the (not only) aesthetic practices which surround them: tea rituals, symposia or other rites of communality, pouring and drinking in religious ceremonies, measuring liquids and solids, the display and handling of drugs, packing suitcases, opening archival boxes, unloading ships, cooking pasta or playing a violin. For the world of vessels and boxes is multisensorial. Beyond the visual it involves touch, smell and taste and last but not least acoustics: one thinks of the vases in the theater described by Vitruvius or of musical instruments, often enshrining a volume that is essential for their sound performance. Musical instruments lead in turn to another fascinating category or aspect of containment, the sheltering of objects by means of cases, often lined with textiles, such as the cases of the regalia in the Imperial Treasury in Vienna.