The Aesthetics of Marble

‘Marble’ has two definitions and two temporal horizons: one in geology, where it means rock generated by a metamorphosis of limestone, which may have happened millions of years ago; its other meaning comes from human history, where it refers to all polishable stones that have been quarried, worked, used and reused over centuries or even millennia. This project concentrates on the latter definition with glimpses of the former, including other theories and narratives surrounding the origin of ‘marble’, in the Mediterranean world in particular. The historical focus of the project spans from Late Antiquity to the twenty-first century, looking at certain “marble moments”, mostly in the history of architecture, such as Roman and Byzantine wall decoration, early Omayyad art, Venetian medieval marble cladding, Roman baroque chapels, and the early twentieth century rethinking of wall decoration by Adolf Loos and Mies van der Rohe.

Regarding the vertical order of walls and vaults, the project has shifted its focus from (art-historically overemphasized) cupolas (with mosaics etc.) to historically higher ranked precious marbles, with their provenance often displaying maps of the empire (as in the Pantheon or Hagia Sophia) and exposing far-reaching trade networks. Another major concern of the project is the aesthetics of marble cladding itself, and “marbling” in general, its dialectics between potential images (images seen in/into the marble), and its aniconicity. The creation and articulation of space by means of marble (urban space, the interior of profane and sacred buildings etc.), is a major aspect, as is the role of sculpture. The project combines geo-aesthetics with an exploration of the metaphorical and transmaterial dimension of marble.

A collective volume presented the results of the first phase of the project, which now turns to a) colonial histories and iconologies of marble and b) photography and marble, again with a focus on architecture, space and surface (planned with Costanza Caraffa and Luca Palozzi).

The Aesthetics of Marble

from Late Antiquity to the Present 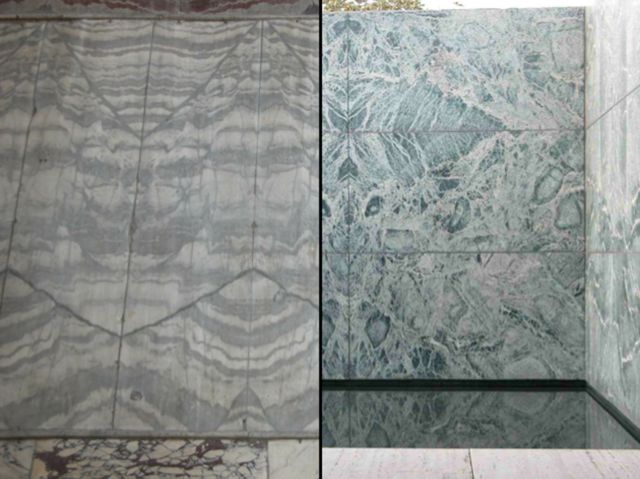 The Aesthetics of Marble: from Late Antiquity to the Present

27 – 29 May 2010
Kunsthistorisches Institut in Florenz – Max-Planck-Institut