Preliminary assemblage of the greenstone mosaic masks found in the Late Classic (CE 550–800) funerary precinct of the female ruler from the ancient Maya site of Waka’ (drawing by Juan Carlos Meléndez).

Greenish or bluish stone ornaments, commonly known as ‘cultural jade’ in scholarly Mesoamericanist jargon, were one of the hardest raw materials transformed by ancient artisans in Mesoamerica. For the ancient Maya, greenstone ornaments were linked to the ideas of rulership, centrality, maize, water, and the essence of life, and as such they constituted a pillar in their material world. This study focuses on ancient Maya portable greenstone mosaic masks, mostly found in funerary precincts of elite individuals, while a few were deposited in caches. Based on contextual analyses and iconography, I explore the ritual meaning and political role of these ornaments created between the 4th and 8th centuries of the current era within the area known as the Maya Lowlands. Moreover, through traceological approaches I determine the existence of a standardized manufacture of the segments (i.e., tesserae), which formed the masks when assembled in a specific order. Contrary to some mainstream notions suggesting the passive function of these ornaments solely as countenances of deities used as offerings, my study proposes their active role and diverse functions, notably as insignias of affiliation to the hegemonic regime known as Kaanul during the Late Classic (CE 550–800) and perhaps before, and possibly as ‘tokens for divination’.

Juan Carlos Meléndez received a licentiate in Archaeology from Universidad de San Carlos de Guatemala, and a PhD in Anthropology from Washington University in St. Louis. Presently, he is a postdoctoral fellow affiliated to the research unit Archéologie des Amériques UMR 8096 – CNRS / Université Paris 1 – Panthéon-Sorbonne. He was a postdoctoral fellow in the research department at the quai Branly – Jacques Chirac Museum in Paris, and was also appointed as a fellow at Dumbarton Oaks – Trustees for Harvard University. Juan Carlos has carried out archaeological field research in several ancient Maya settlements of Guatemala, and also co-directed the Waka’ archaeological project. He was the Director of the National Museum of Archaeology and Ethnology in Guatemala, and a member of the organizing committee of the Simposio de Investigaciones Arqueológicas en Guatemala (2008–12). His curatorial works have been rendered through exhibits presented in Guatemala, France and South Korea. Among his recent publications are “Of Snakes and Masks” (with David Freidel and Daniel Aquino), “Explorando las órbitas tecnológicas de dos rostros de mosaico de piedra verde de Tikal, Petén, Guatemala” (with Emiliano Melgar), and “Desentrañando los matices tecnológicos prehispánicos Mayas de un conjunto de rostros de mosaico.”

A comparative analysis of Late Postclassic Nahua and Mixtec artifacts encrusted with mosaics of precious stones and shells allows the recognition of different stylistic groups, each characterized by a peculiar use of materials and specific formal resources. In the presentation it will be argued that each stylistic group employs specific and distinctive formal strategies to create optically dynamic surfaces, able to interact with light in complex ways and, in this way, to visually express the sacred forces imbuing the mosaic-covered godly insignias. The case study allows to reflect on how, by means of specific technologies, Mesoamerican artists were able to endow their creations with meaningful aesthetic qualities.

Davide Domenici is Associate Professor of Anthropology at the Department of History and Cultures of the University of Bologna (Italy), where he teaches Museum Anthropology and Indigenous American Arts and Culture. He is a member of the teaching committee of the PhD program in Cultural Heritage in the Digital Ecosystem. As a specialist in indigenous American civilizations, Davide Domenici has been Director of the Río La Venta Archaeological Project (Chiapas, Mexico, 1998-2010) and of The Cahokia Project (Illinois, USA, 2011-2017). Over the last decade he has been studying the early modern circulation of Mesoamerican artifacts in Italy, as well as the technology of codex painting in pre-Hispanic and Colonial Mesoamerica by means of non-destructive scientific analyses. He is currently studying Postclassic Mesoamerican mosaics by conjoining scientific analyses, stylistic/iconographic studies, and provenance research. Some of his recent publications on mosaics are “The Wind God and the Descent of the Tzitzimitl. New Insights on the Iconography and Provenance of the Mosaic-Encrusted Bird Head at the Friedenstein Palace, Gotha (Germany)” (with Élodie Dupey García); “The Gaze of the Ñuhu Bundles. An Interpretation of Mesoamerican Mosaics at the National Museum of the American Indian”; “Mesoamerican Mosaics in Early European collections. Style, Provenance and Provenience”; and “The Face of Xolotl: A Unique Mosaic-covered Object in the National Museum of Denmark” (with Jesper Nielsen). 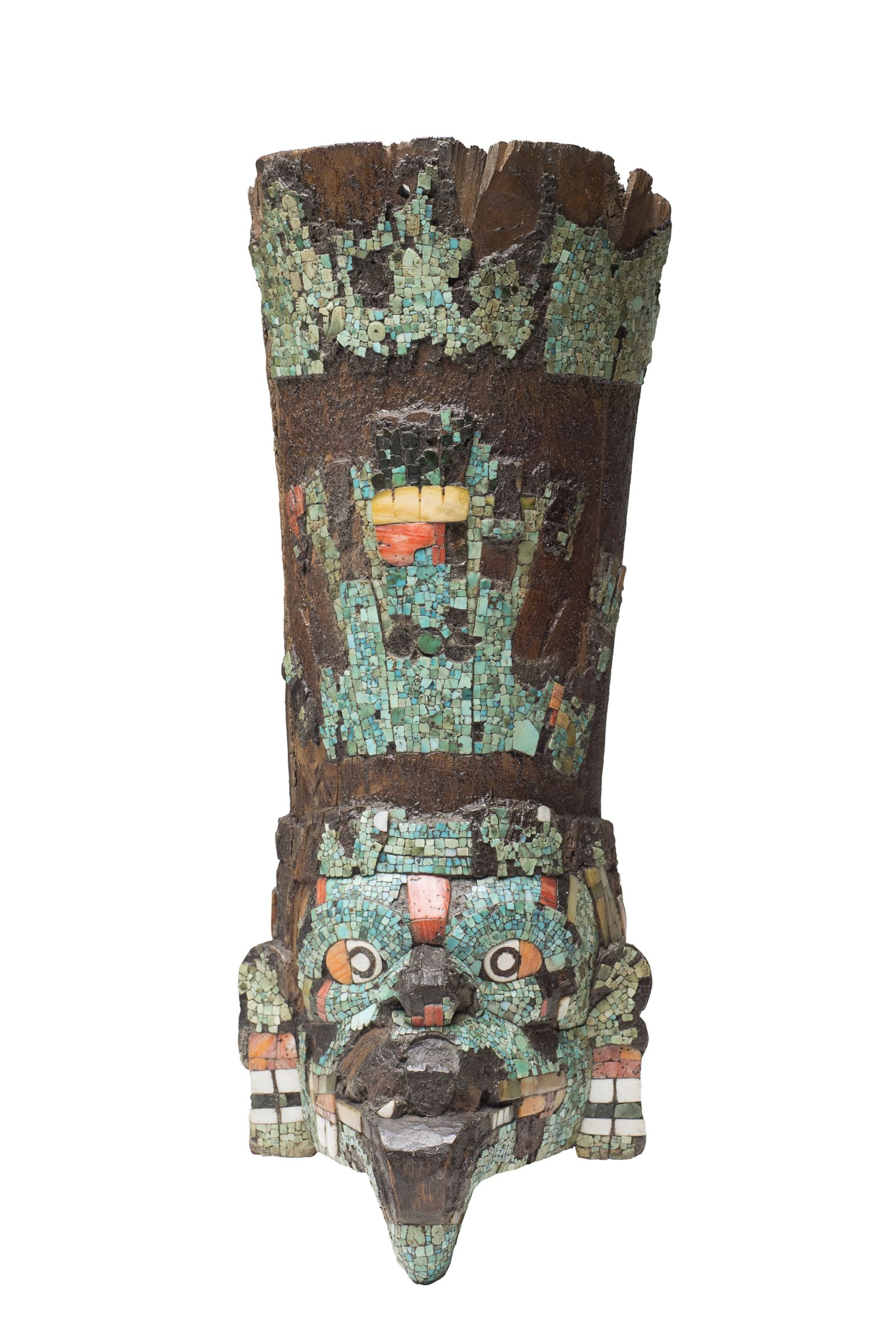 “Bloody boiling wall!” – exclaims the boy Ernesto in a famous passage from José María Arguedas’ novel, Los Ríos Profundos (Deep Rivers).* He goes on, “the wall was stationary, but its lines were seething and its surface changeable, as that of the flooding summer rivers.” Anyone who has spent time immersed in rural Andean life will recognize the rightness of this description. And yet why and how can a stone wall be said to be ‘bloody’, ‘boiling’ and ‘changeable’ – qualities opposed to our usual associations with stone as eternal and immutable? My talk will address Andean stone and stonework within an ontological framework in which time, materiality and consciousness are intimately interrelated. Petrification, the transformation of living bodies into stone, is not a single event in mythic time but an ongoing process that imbues certain stones with powerful agency. This affects how stones are approached, dressed and addressed, and joined with other stones to make walls.
* Arguedas, José María, 1978 [1958]. Deep Rivers (Los Ríos Profundos, transl. by F. H. Barraclough). Austin: University of Texas Press, p. 7.

Catherine J. Allen (PhD University of Illinois, 1978) is a cultural anthropologist with a deep interest in the relationship between the Andean present and the Pre-Columbian past. She is author of The Hold Life Has: Coca and Cultural Identity in an Andean Community (Smithsonian Press 1988, 2nd ed. 2002), an ethnography concerning the roles of coca leaf and alcoholic beverages in contemporary Andean ritual. In Foxboy: Intimacy and Aesthetics in Andean Stories (University of Texas Press 2011) she explores expressive strategies in Quechua story-telling and other modes of artistic expression. Other publications include studies of Pre-Columbian iconography and an ethnographic drama Condor Qatay: Anthropology in Performance (co-authored with Nathan Garner, Waveland Press 1996). Allen is Professor Emerita at George Washington University, where for over thirty years she taught courses on South American ethnography, anthropological theory, and the anthropology of art. 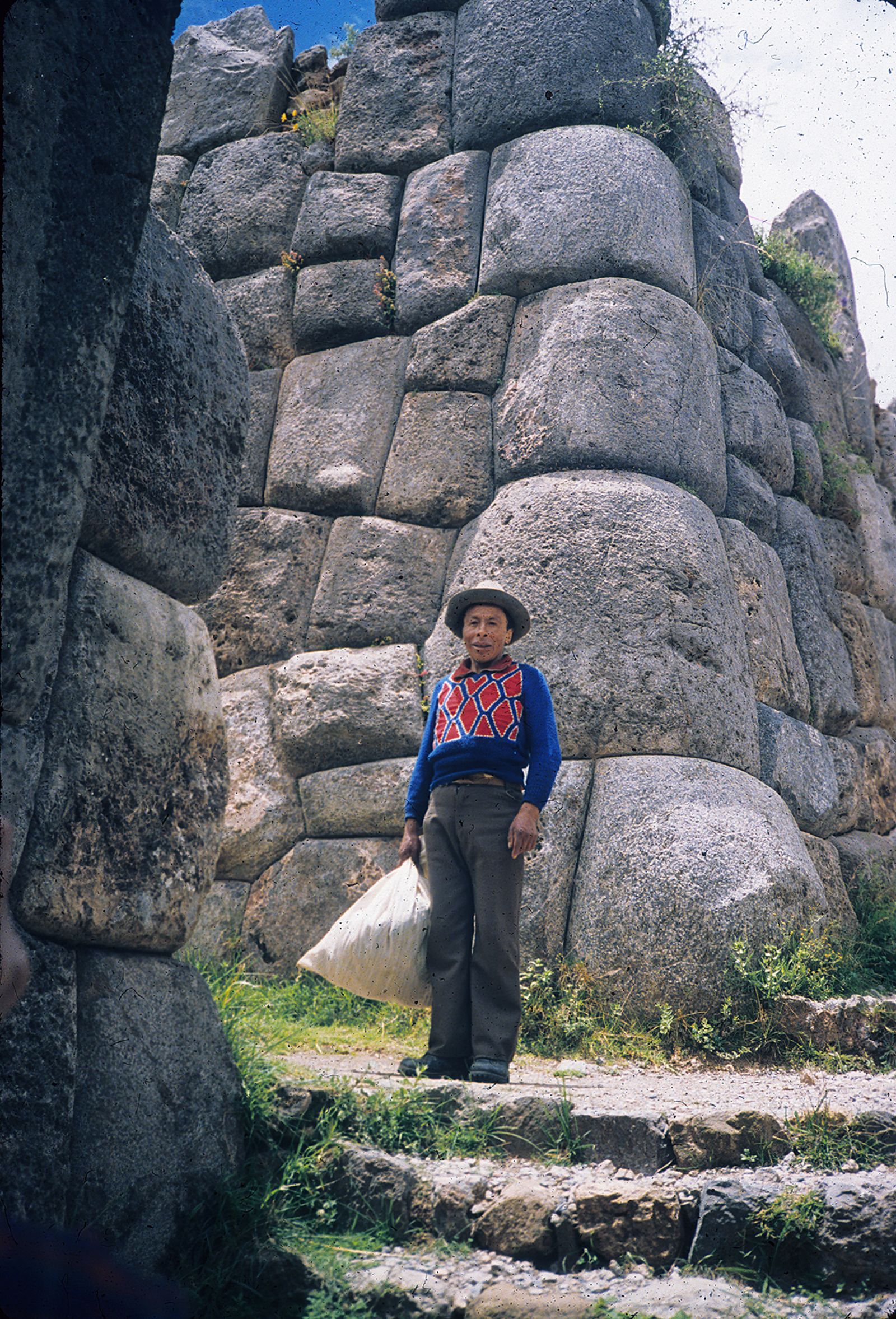 To participate please register in advance via Zoom: https://zoom.us/meeting/register/tJwscO-vrD8qGdSrcG0NHaOvPCUowf21XuiE 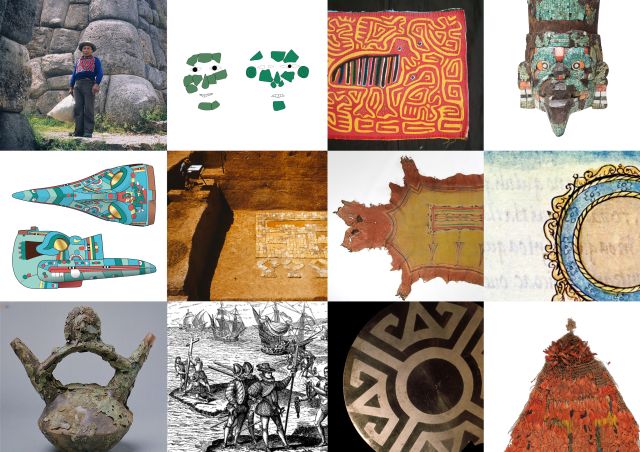