Carlo Severi: 'Parer vivo'. An Epistemology of the Semblance of Life in Perspective 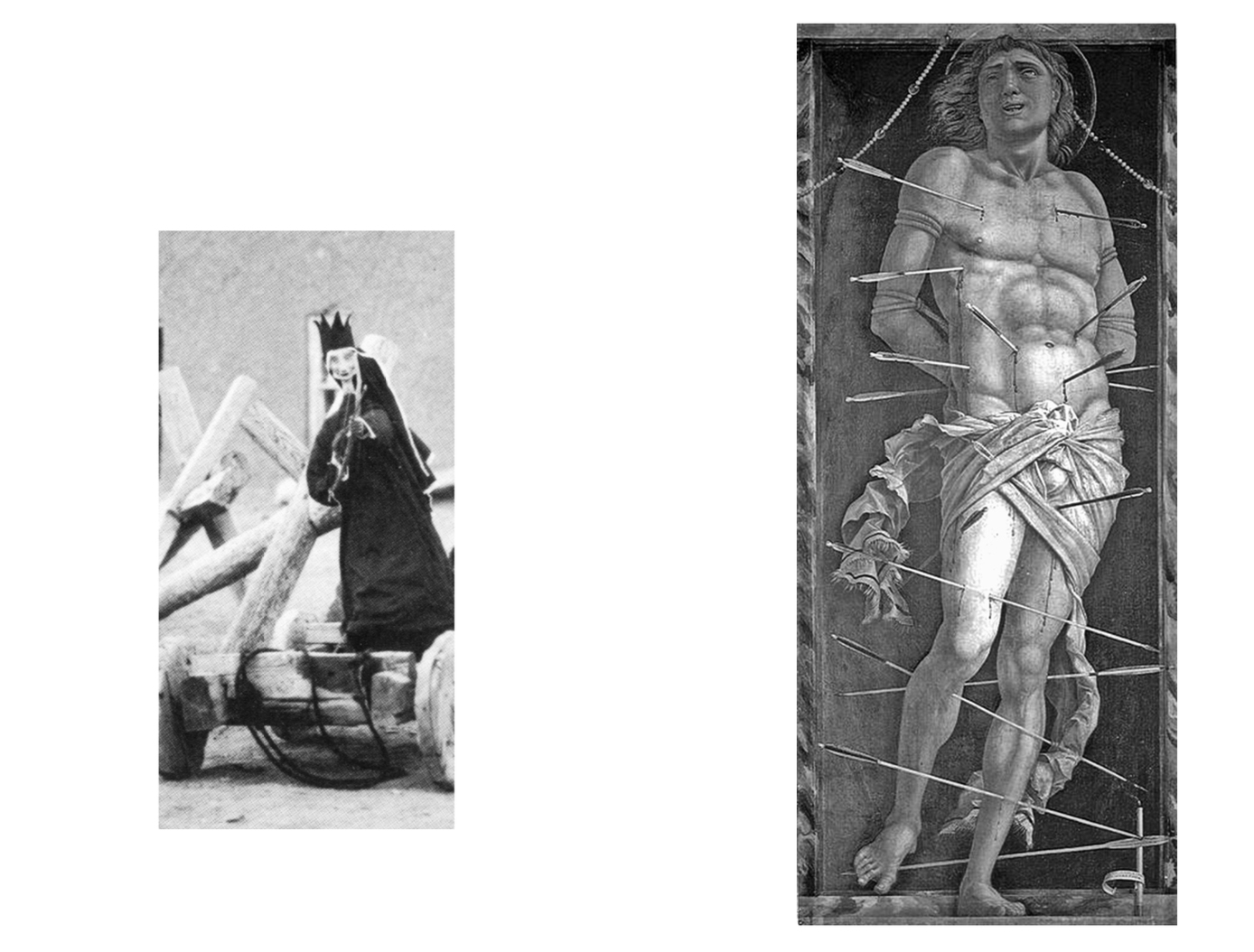 It is a general human fact that we tend to attribute, in many social contexts, a status of living beings to inanimate objects. In situations like play or ritual, objects may be endowed with a range of human characteristics, such as perception, thought, action or speech. Puppets, dolls, and ritual statuettes cease to be merely addressees and begin to address us. We see life in them.

The notion of a living work of art is an ancient theme and persistent theme in the history of western art. Leon Battista Alberti wrote in the De Pictura that all painting using the method of perspective must exhibit parer vivo, the appearance or the "semblance of life" in the image. If the artist achieves this goal, the figures will show not only an accurate image of reality but also the "movements of the soul" that confirm the presence of life.

Deeply rooted in the notion of perspective, parer vivo is distinct from the geometric rules for composing the image, decoding depth, and interpreting the movement implicit in the figures. For Alberti, as well as for Gombrich and Kuhn in our time, perspective is above all a science that applies the laws of optics and geometry to the representation of space. It thus creates what could be called a visual truth and belongs to the same epistemological ideal as modern science. By contrast, parer vivo—the principle of appearing to be alive—is a specific type of illusion created by perspective. In this lecture, I will try to outline, from an anthropological point of view, the epistemology of this illusion.

Carlo Severi is Directeur d'études at the École des Hautes Etudes en Sciences Sociales, Paris. He has been twice a Getty Scholar at the Getty Institute for the History of Art and the Humanities in Los Angeles (1994-95 and 2016-2017), a Fellow of the Wissenschaftskolleg in Berlin (2002-2003), and a Visiting Fellow at the King's College of the University of Cambridge (2012-2013) and a Visiting Professor at I Tatti (Harvard University, Florence). Among his books, L'image rituelle, Paris, L'Herne, 2014 (with Carlos Fausto), The Chimera Principle – An Anthropology of Memory and Imagination, Chicago, Hau Books/Chicago University Press, 2015, Translating Worlds – The epistemological space of translation (with William Hanks), Hau Books/Chicago University Press, 2016 and L'Objet-Personne (Paris, 2017, Torino 2018, Chicago 2018).