Thomas B.F. Cummins: Time does not heal all Wounds: The Place of George Kubler's The Shape of Time within his Oeuvre, and its Colonial Discontents 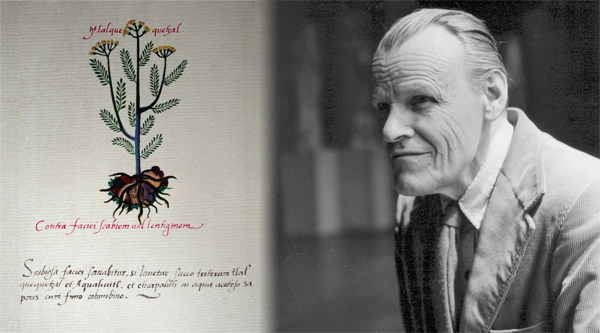 The Renaissance is not just the rediscovery/rebirth of the past made new, but the discovery/birth of the new, be it moveable type or an entire world. George Kubler's art historical formation, teaching, and writing embody the tensions between these two crucial, but at times antagonistic, elements. Kubler studied in Germany and was a keen student of Henri Focillon, but he finished his degree at Yale writing on the early colonial architecture of New Mexico. His most influential work, however, remains The Shape of Time, published by Yale University Press in 1962. A critical issue that one finds throughout his writing is his struggle to consider the arts of the Americas within a larger continuum alongside those of the European Renaissance. How does such a cataclysmic world history of cultural conflict and political upheaval become accommodated into his The Shape of Time, which develops the concept of the prime object and of an art history in which "art stands outside culture"?

Thomas Cummins is The Dumbarton Oaks Professor of the History of Pre-Columbian and Colonial Art at Harvard University. He taught for eleven years at the University of Chicago and was the Director of The Center of Latin American Studies from 1998-2001. He was also the acting Director of the David Rockefeller Center for Latin American Studies at Harvard University 2003-04. His research and teaching focuses on Pre-Columbian and Latin American Colonial Art. Recent research interests include the analysis of early Ecuadorian ceramic figurines and the study of late Pre-Columbian systems of knowledge and representation, especially Inka, and their impact on the formation of 16th and 17th century colonial artistic and social forms. He has also published essays on New World town planning, the early images of the Inca, miraculous images in Colombia, and on the relationship between visual and alphabetic literacy in the conversion of Indians. Most recently, he collaborated with a team of scholars at the Getty Research Institute to study two illustrated manuscripts from 17th-century Peru. One edited volume has already been published (The Getty Murúa: Essays on the making of Martín de Murúa's "Historia General del Piru," J. Paul Getty Museum Ms. XIII 16, Thomas B. F. Cummins and Barbara Anderson eds., Los Angeles: Getty Research Institute, 2008). Prof. Cummins is the Chair of the ArtForum at the David Rockefeller Center for Latin American Studies, and also directs the M. Victor Leventritt Lectures dedicated to all periods of Latin American Art of the Harvard Art Museum.

Rinascimenti - Colloquia on the Historiography of Early Modern Art

A project led by Alina Payne and Alessandro Nova, organized by Villa I Tatti – The Harvard University Center for Italian Renaissance Studies and the research group Rinascimento conteso of the Kunsthistorisches Institut in Florenz – Max Planck Institut

A research project of the department Alessandro Nova