Archaeology, Art and Visual Culture, and the Question of National Identity in Modern Iran 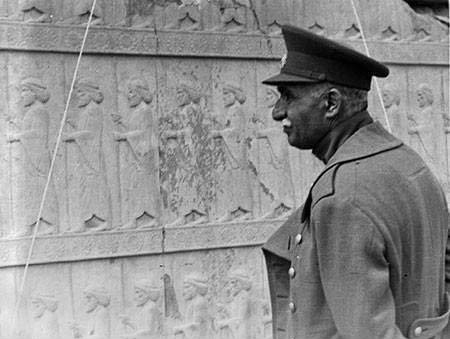 The role of archaeological excavations in the formation of modern Iranian identity has been significant since the mid-nineteenth century. Western archaeologists began research on the Iranian plateau by the second half of the Qajar period (1787–1925). For many statesmen and intellectuals, the articulation of a coherent national identity seemed necessary for the construction of a modern nation-state, and in their eyes, this was only possible by referring to historical past. Therefore, the new narratives on the long history of Iran were well-received by the governmental authorities, especially by the emergence of the Pahlavi dynasty and the development of nationalist ideology. Reza Shah (r. 1925–1941) and Mohammad Reza Shah Pahlavi (1941–1979) enthusiastically supported plans for archaeological studies to connect their monarchy to the Persian Empire, attracting Western scholars to work and write about the historical heritage of Iran. Roman Ghirshman, André Godard, Ernst Herzfeld and Arthur Pope were amongst the most influential figures in shaping the concept of historical heritage.

The cultural politics of the Pahlavis was based on the idea of a combination of the ancient world and the modern life. New cultural institutes were established by the mid-1920s, and the authorities attempted to popularize new identity-based concepts—such as cultural heritage, 2500-years history of civilization, and national art and culture—through modern textual, audio and visual media. One of the first institutes aiming to construct connections between the traditions of the past and the modern present-future was the Society for National Heritage (SNH). The re/construction of monuments for heroic Persian figures pursued under the supervision of the SNH between 1926 and 1978, turned traditional-Islamic tombs into modern ones, adopting pre-Islamic motifs and forms. The society also held conferences about history and culture of Iran, inviting Western art historians and archeologists. Such efforts were vastly reflected on the diverse types of images, from stamps and banknotes to illustrated books and journals.

During the Second Pahlavi and under the purview of Queen Farah, the Institute for the Intellectual Development of Children and Young Adults (established in 1965) played an important role in various artistic and cultural activities to foster a modern Iranian identity, leading to the production of films, illustrated books and other visual materials for children across the country. An important event was the Shiraz Art Festival (1967–1977). It was held near Persepolis, the capital of the Achaemenid Empire, aiming to connect Western and Eastern cultures and juxtapose national arts with global ones. A plenty of motifs and figures from the "glorious past" were retrieved in theatre, musical and ballet scenes. Probably the most iconic political event that symbolized this utopian combination between the ancient past and modern progress was the celebration of 2500th Year of Persian Kingdom (1971). The symbols used in this ceremony were entirely based on the findings and narratives of the archaeologists and historians.

In the field of art, one can follow similar plans for the revitalization of an invaluable past. In the sixties and seventies, the Ministry of Culture and Art fostered many programs in relation to the idea of national art. The Faculty of Decorative Arts (est. 1960) had a crucial role in the formation of Iranian contemporary art, encouraging students to focus on traditional techniques, styles and motifs. Leading to the development of Saqqa-khaneh movement, this didactic plan was successful in promoting and articulating national art. Such governmental agenda was in coordination with nativist ideology, which was the dominant intellectual discourse under the Shah.

The role of intellectual movements, most of which anti-governmental, should not be overlooked in the production and distribution of images in this period. Their accounts on modern aesthetics, as well as their views on Islamic-Iranian heritage, mostly demonstrated in cinema and literature, must be considered in face of the cultural politics. In the realm of visual arts there is no independent movement as such. The idea of "committed art", although considered by a few artists, was rarely affected by the Soviet style Socialist Realism until the late 70s and in the dawn of the revolution. Most artists, either pro- or anti-governmental, attempted to combine modernist aesthetics with a kind of nativism.

In this project, I intend to explore the relationship between the work of Western archaeologists and the newly-emerged Iranian nation-state, and its impact on contemporary art and visual culture during the Pahlavi monarchy. The approach is truly art historical. The key questions of this project are: How did the Pahlavi state constructed a modern Iranian identity in relation to national heritage by using new narratives of history? What was the role of Western archeologists in this context? What was the interrelation between these new narratives, artistic movements and visual culture? How have the Iranian intellectuals and artists identified themselves as "other" through the twentieth century?

The primary resources of this project will be the documents of both Iranian and Western scholars, including archeologists and art historians, as well as materials from the broader field of visual culture during the Pahlavi period. Most of the Western archeologist archival materials is preserved at the University of Chicago, New York Public library, Institute of Iranian Studies (Berlin) and National Museum (Tehran). The methods in examining this documentation will be a combination of art historical analysis with a critical assessment of post-colonial theories, drawing on actual debates in heritage studies and in history of science.