The Photo Campaigns by the Kunsthistorisches Institut between 1897 and 1932 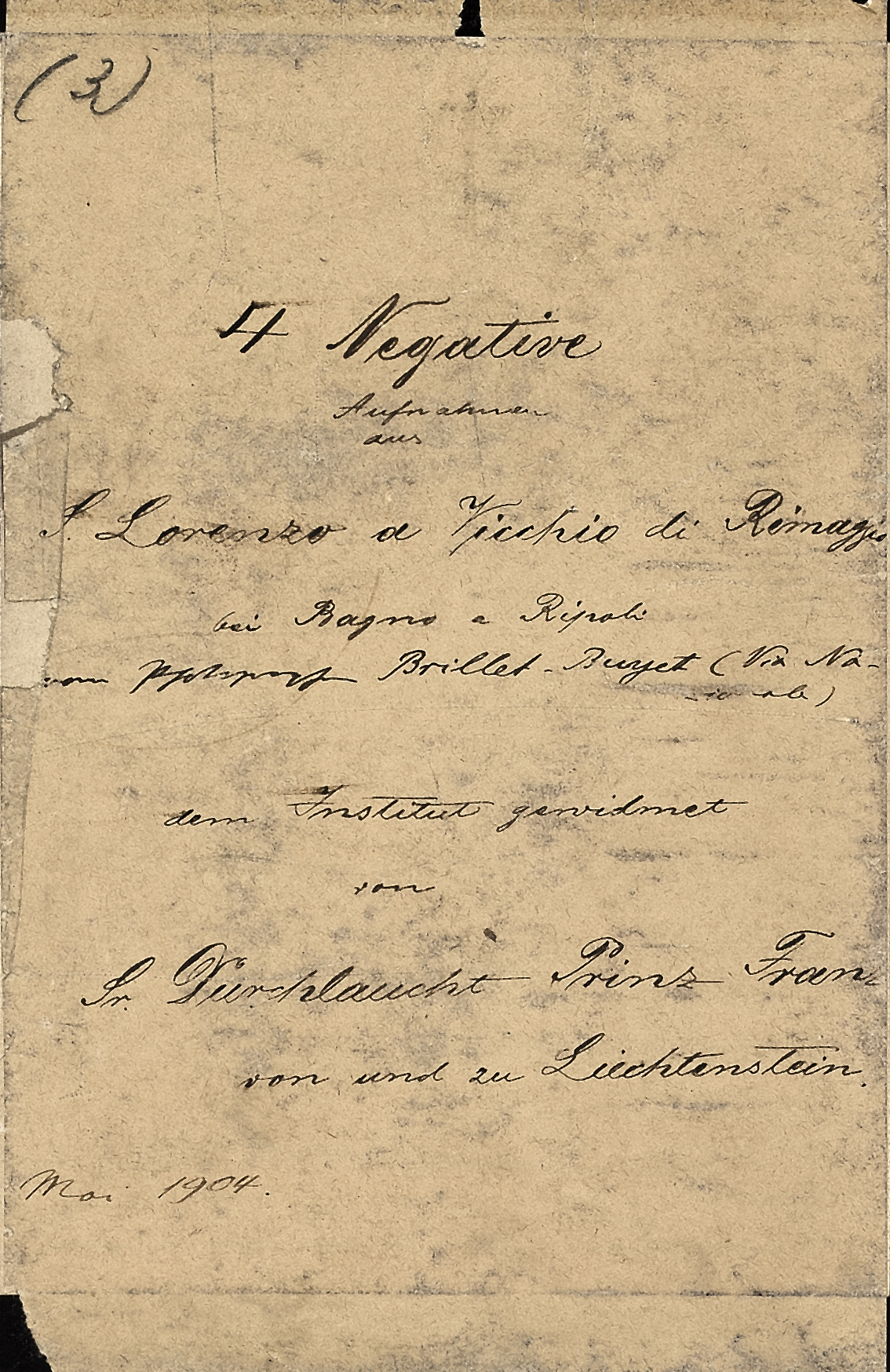 The project concentrates on the early years of the Institute and examines the photo campaigns undertaken between 1897 and 1932.

From the founding days of the Institute, the campagna fotografica was one of the most important instruments used by the Kunsthistorisches Institut in Florenz to grow its photographic holdings and delineate particular areas of focus within the collection. Among the first campaigns were those conducted under director Heinrich Brockhaus (1897-1912) in the church of San Lorenzo in Vicchio di Rimaggio in Bagno a Ripoli (1903/04), in the parish church of Sant'Andrea in Cercina (1905) and in the Villa Le Campora near Florence (1906). Under director Hans von der Gabelentz-Linsingen (1912-1922), comprehensive photo campaigns were undertaken in the Uffizi's Department of Prints and Drawings, and in the 1920s the campaigns by director Heinrich Bodmer (1922-1932) on Baroque painting in Bologna, by Walther Biehl on medieval sculpture in Tuscany and by Walter Heil on the sculptures by Antelami in the Parma Baptistery and in Fidenza stand out in particular.

On the basis of documents, annual reports and publications surviving in the Kunsthistorisches Institut in Florenz archives, together with the Photothek holdings recorded in the inventory books and the files in the central archives of the Staatliche Museen in Berlin, this project enquires into what part was taken by the academics in the instigation and execution of photo campaigns and what collaborations were entered into with museums, publishing houses, institutions and photographers. Questions as to the respective commissioning body, organisation and financing of the campaigns are thereby just as pertinent as those concerning the authorship of the photographs and the rights to their use. The archives furthermore also contain lists of photographic equipment, details of legal agreements with photographers, as well as programmatic statements on the direction of KHI research, which Bodmer, for example, reconsidered in conjunction with the photo campaign in Bologna.