A special exhibition of the Kunstbibliothek – Staatliche Museen zu Berlin, in cooperation with the Max Planck Research Group Objects in the Contact Zone – The Cross-Cultural Lives of Things 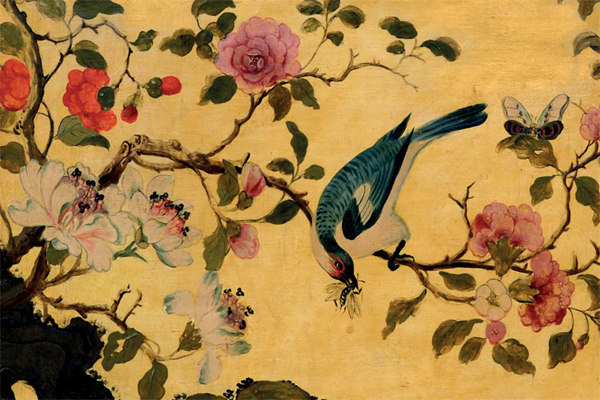 China and Europe are linked by a long tradition of reciprocal cultural exchange. These transactions were particularly intensive during the Qing dynasty (1644–1911), which is regarded as one of the key phases of Chinese cultural and political history. Exquisite gifts were exchanged. European envoys attempted to establish official trade relations with China. But their efforts were in vain, as the Chinese established trade barriers, with the exception of the port of Canton – although they were very much interested in European science, art, and culture.

The exhibition illustrates the richly varied nature of this mutual fascination in objects ranging in date between 1669 and 1907. Many of the almost one hundred pieces could be classified as 'Chinoiserie' or so-called 'Europerie': they provide us with information about early modern European images of China and also allow us to trace the predominant images of Europe in China.

Highlights of the exhibition include impressive paintings, exquisite porcelain objects, a door from a wood-paneled room, as well as large-format photographs and copper engravings. The photographs and engravings show the 'European palaces' which Emperor Qianlong, who reigned from 1736 to 1795, had built in one of his parks. Today, only their ruins exist: British and French troops burned down the palaces and destroyed the extensive gardens during their 1860 Chinese campaign. Surprisingly, however, in this way they created a visual subject that was much-loved by European photographers after 1870.

Until now, the reciprocity – and sheer variety – of cultural exchange between China and Europe has hardly been appreciated or shown in an exhibition setting. The chosen objects offer impressive testimony to a long-lived and mutual interest between the two cultures. In addition, they can help us understand how Europe's conception of China and China's conception of Europe changed over the course of 250 years.